Part 4 of the story of Brazil 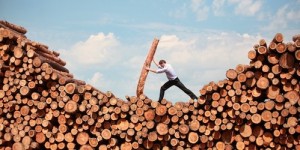 The World Cup and the Rio 2016 Olympics heralded much opportunity and a major expansion of business for Brazil. Those hosting decisions were taken during high times for the Brazil economy.  But let’s be clear, even in this less attractive phase, there is much going on and much opportunity. The main fields identified directly in relation the two big sporting events include the fitting out and overlay of the stadia, temporary structures, games services, arena management, communication, marketing, sponsorship and brand activation. Also, security consulting, accommodation planning, and Fan Fests present openings. This is not exhaustive. Beyond these are many infrastructure programs. Read on.

UK, US, German, French and Swedish companies have been well-supported by their governments. The Brits are good example. Their GREAT program, organised by UKTI and holding events around, will have access to numerous important figures in Brazil, from diplomats to influential business figures. There will be a specific building in São Paulo, called the GREAT Britain House, to host events and provide space for UK companies during the World Cup.

The Brazilian economy and the government see the necessity for investment in infrastructure and although the public sector is difficult to work with, the private sector is strong. Early plans to shift much of the World Cup related program of projects into the private sector have not materialised. And Government has found itself loaded with vast ‘shopping list’.

Under Brazil's Growth Acceleration Program (PAC 2), there has been important focus focuses on investments in the areas of logistics, energy and social development, organised under six major initiatives: Energy (renewable energy, oil and gas); Transportation (highways, railways, airports); Better Cities (urban infrastructure); Bringing Citizenship to the Community (safety and social inclusion); My House, My Life (housing); and Water and Light for All (sanitation and access to electricity). These programs embrace ports, airports, roads, rails, urban infrastructure as well as social development goals.

Main sectors of opportunity – these include renewable energy, ICT and pharmaceuticals. The aim is to have Brazil, by 2021, to have 10% of electricity generation by wind turbines. ICT… The pharmaceutical industry in Brazil is one of the world’s largest, and drug expenditures in Brazil are among the fastest growing. Brazil is an emerging pharmaceutical market with the demand for pharmaceutical products growing by approximately 10% per year.