News Brazil – How does it feel…?

Brazil – How does it feel…?

How does it feel…?

Part 3 of the story of Brazil 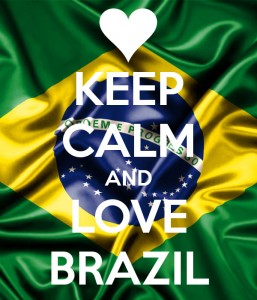 How does Brazil, how do Brazilians, feel about the incessant hectoring they are receiving from FIFA, IOC and the global media? Some would be pee’d off, I’m sure. There can be little doubt that the Brazil government did not appreciate just how demanding and difficult it would be to stage two major international sporting events within 2 years…two events it set out to capture.  Being on time is not a cultural choice    But there’s the rub with these large events run by supra-government organisations who report to…uh?   Let me come back to you on that.

The most important parts will work, and the vigour and enthusiasm of Brazilians will win the day. Being imminent, the World Cup is taking much of the heat. Yes, there will be unfinished construction, the bureaucracy will change a little, there will continue to be underfunded education and health care. Perhaps Brazil is not the best candidate to be hosting major international sporting events. They have enough money, it’s just that they’re not managing well. Their commitment was to stage the events, not to meet every deadline, requirement and whim that FIFA and the IOC now demand. But bear in mind Brazil pressed for the Cup to be played across 12 cities rather than the 8 preferred by FIFA.

All that extra infrastructure is a major challenge and much will yield little real legacy. Brazilian construction companies such as Andrade Gutierrez and Odebrecht SA have fared well. That the government promised so much would be done by the private sector rather than public funds, a promise that has not materialised, is a separate but important matter. US$3.6 billion has been spent by government on new and upgraded World Cup venues. Bad leadership, disorganisation, lack of accountability and leaning back on the ‘Brazilian way’ needs to be recognised as detrimental in the world of international competition and relations, albeit that Brazil may have values that others don’t comprehend. It is a nation of innovation and imagination.

Some Brazilians really are the country’s worst nightmare. There has been a lot of interference and corruption in the Cup, in projects and in the sport of football. On 28 May, the internet page of O Globo published a declaration of one of the members of the Local Organising Committee who said: "Let´s cheer for Brazil in the Cup for what was supposed to have been stolen, it was already stolen. So let us not bother about embezzlement and just cheer for Brazil"!!!

A member of Brazil's World Cup organising committee has sparked controversy by telling protesters angry over the tournament budget that the money had already been spent or stolen.

Reacting to the wave of protests over the more than A$12 billion being spent on the event (although some estimates place the figure at US$14 billion!), Joana Havelange chided demonstrators calling for some of that money to be redirected toward health, education and transport, telling them they were too late. “I'm not going to fight against it, as however much was spent, stolen, already has been,” she said on her Instagram page. Havelange, is the daughter of the powerful former head of the Brazilian Football Confederation (CBF), Ricardo Teixeira…as corrupt as they come and now living outside Brazil.

“This is today’s Brazil! A disgrace!!!” Congressman Romário has publicly called it "the biggest heist in the history of Brazil."

Post World Cup and probably post Presidential election, a variety of enquiries and investigations will start but in all honesty, past experience suggests long, drawn out processes and not a lot of real admonition.