Part 5 of the story of Brazil 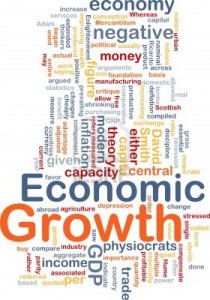 Auto production: Brazil is the world's fourth biggest auto market. Recent sales grew by 10% p.a. After Italy, Brazil is the largest country of production for Fiat, where the Fiat brand is the market leader. Leaders are Fiat, Volkswagen, General Motors Co and Ford. Peugeot, Hyundai and Japanese brands also have a good presence. Carmakers are now investing about US$5 billion a year in local assembly lines just as the market starts to shrink. By 2017, global carmakers will be set up to build 6 million vehicles a year — but local sales may struggle to pass 4 million. Trouble may be brewing as profits have plunged. The industry has been supported in various ways by government. Carmakers have announced about US$35 billion of capital spending from 2012 to 2018, helping to lift the country's dismal investment rate. The industry provides more than 150,000 jobs and over a fifth of Brazil's industrial output.

Brazil’s energy consumption comes via oil and related products, 47%, hydro 35% and natural gas 8%, coal 5% with growing use of biomass generated power. Although other analysis suggests the gas figure is much lower with wood and sugar cane (read biomass) energy accounting for as much as 29% of consumed energy.  Hydro is the main source of electricity generation, around 80%, and Brazil holds 10% of the world’s technical hydro power potential.  The already large share of renewable energy sources (hydraulic, wind-to grow to 7%, ethanol, biomass, etc.) in the country’s energy matrix will increase. The industrial and the transportation sectors will continue to rank first in energy consumption, accounting for approximately 67% of the overall demand. Per capita consumption in Brazil is very low when compared to that of other countries. Currently, it is just little ahead of that of China.

There has been an enormous growth in Brazil oil and natural gas reserves with the discovery and accessing of underwater reserves off the east coast, near Rio. There is now major investment in extraction/oil drilling platforms and refining, derivatives and associated logistics infrastructure (pipelines, ships, terminals. In 2020, about 50% of the country’s production will be earmarked for the international market.

Examples of major transport infrastructure: The 1,728km Transnordestina Railway is an integrated logistics project to open up Brazil’s Northeast region, especially enabling the transportation of agricultural products and ore. It is being led by Brazilian rail transport company Transnordestina Logística, a subsidiary of local steelmaker CSN. The railroad has two stretches. The first runs between Eliseu Martins in Piauí state and Suape port in Pernambuco state. The second connects the city of Salgueiro in Pernambuco to Ceará state's Pecém port. Construction of both stretches was to have been completed in 2013…

The São Francisco River Integration Project to alter the river flow spreads into the states of Ceará, Paraíba, Pernambuco and Rio Grandedo Norte (in northeastern Brazil). When completed, the project will deliver quality water to about 12 million people by 2025. The aim of this project is to address the problems caused by droughts in the Northeast and supply water to locations that are otherwise without. The river represents 60% of water reserves in the northeast region of Brazil, and the project includes the construction of hydroelectric dams, pumping stations, aqueducts, tunnels, and water reservoirs.