Part 1 of the story of Brazil

So, here we are, just a few days from the start to the 2014 World Cup in Brazil. Heady times, especially in Brazil and in world football circles. The view is being somewhat obscured by the re-emergence, with vengeance, of charges about deals having been done by and on behalf of Qatar to secure their selection as host for 2022. This will roll on and be the subject of many more discussions and perhaps serious upheavals. FIFA is expected to make a statement around 9 June regarding its ‘findings’ on the process.

There are big money numbers floating about. Such as a $35 million prize to the winning team’s federation, US$4 billion commercial revenue for FIFA and a US$14 billion bill for Brazil. With three million tickets available to buy, the 64-match tournament is almost sold out. 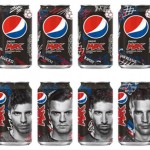 Around this year’s World Cup, marketing will be intense and much, especially emanating from sponsors Coca Cola and Adidas along with non-sponsors Pepsi and Nike. Much will focus on social media and Brazilian sports fans are into social media in a massive way. We’ve given you some good insights into the campaigns planned by each of these companies, in recent editions of “Back on the Block’ and among New Millennium Business blogs. 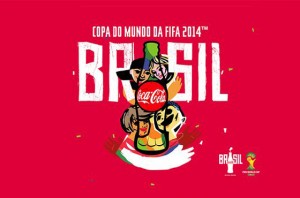 Coca-Cola’s head of assets and experiential, Paul Dwan, spoke at a recent ESPN discussion of connected brands and fans around the World Cup. According to Dwan:

In real-time, there were 2.3 billion consumers engaging with the World Cup in 2010. This year, it’ll be more like 3 billion. The biggest difference will be the need to be real-time rather than pre-planned. This suggests that sponsors will need to:

4. Adapt their campaigns as the competition moves on, keeping up with teams’ progress, being agile and aware.

Of course, should the Cup and circumstances on the streets turn sour, so will sponsors be up against the wall to decide how to respond, if to and the open question is, do they have a 'plan B'? This event presents perhaps the greatest risks for sponsors that have been seen for many years.

International soccer superstar Cristiano Ronaldo is the most marketable footballer according to the latest rankings released Repucom, global sports marketing researchers. The ranking was created using Repucom’s Celebrity DBI tool which measures the perceptions of over 6,500 people in 13 international markets, representing the views of more than 1.5 billion people. Globally, 83.9% of people know of the Portuguese star and in markets such as Italy, Spain, Germany, Turkey and Argentina, this figure is above 95%. Ronaldo is also seen as the best trendsetter of all the players with 82.5% of people saying he reflects today’s trends in society.

How will the world see the Cup…much depends on how the media enjoys it, travels, and generally gets treated, 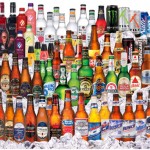 The Wall Street Journal talks about a wave of disillusionment that has swept Brazil ahead of the event and that just 48% of Brazilians now say hosting it was a good idea, down from 79% in 2008, according to an April 8 poll by Brazil's Datafolha.