News Brazil – Will exuberance win through?

Brazil – Will exuberance win through?

Will exuberance win through?

Part 2 of the story of Brazil

My friend and colleague Chris Brown is an international marketing and communications specialist, a Brit now living in Brazil, writes about the shift from excitement and optimism in Brazil to a more dour view and of what might almost be a perversity of attitude:  “What we have seen and felt in the city over the past year has been very different.  That vibrancy and confidence has been replaced by despondency and self-doubt. There are mutterings from the middle classes that they actually want Brazil to deliver a bad World Cup. The country that lives for football has fallen out of love with the prospect of the beautiful, global game coming to its shores. There is a sense that only abject failure can bring future prosperity; that the country needs a catastrophic embarrassment to inspire a cultural shift. 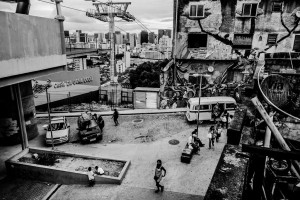 Although the 2013 protests lacked clear focus, people here still passionately bemoan dire education, healthcare and transport as well as perceived corruption. Crime is rising again with police taking part in running gun battles as the nation reverts to a level of violence not seen since the pacification program began more than six years ago.

International businesses may well have second thoughts about investing in Brazil and working on international sports projects – and certainly there is a need to demonstrate to a despondent population the legacy benefits of hosting these major events.