News Top predictions for IT organisations and users – implications for events

Top predictions for IT organisations and users – implications for events 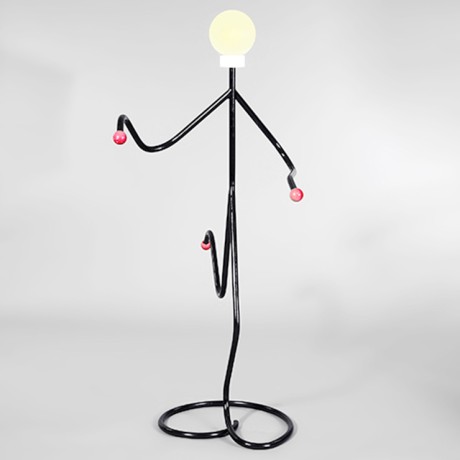 IT research specialist, Gartner, has revealed its top predictions for IT organisations and IT users for 2013 and beyond.

1. By Year-End 2014, three of the top five mobile handset vendors will be Chinese

Mobile phone penetration in emerging markets has resulted in a changing of the guard in terms of the leading vendors. The openness of Android creates new markets for OEMs that previously did not have the necessary software expertise and engineering capabilities. The market continues to consolidate around Android and iOS, ie Samsung and Apple plus (android) Huawei and ZTE. Chinese vendors will likely leverage their strong position in the domestic Chinese market for entry-level smartphones and expand to other regions, because this is not just an emerging-market phenomenon. These vendors will challenge for low cost options in markets that are in recession, eg Europe as well as rapidly emerging markets. If it’s good enough for the Industrial and Commercial Bank of China to sponsor Brazilian football team Grémio Esportivo Brasil, then watch out for telcos and similar consumer marketing interest.

2. By 2015, big data demand will reach 4.4 million jobs globally, but only one-third of those jobs will be filled

The demand for big data is growing, and enterprises will need to reassess their competencies and skills to respond to this opportunity. Enterprises need people with new skills — data management, analytics and business expertise and non-traditional skills necessary for extracting the value of big data, as well as artists and designers for data visualisation. Mega events organisers will increasingly need to turn to new tech and big data capabilities to integrate and smoothly operate much of their planning, marketing, procurement, security and accreditation as well as their engagement with various audiences and stakeholders. Those companies and suppliers who get an early start in integrating this capability into their product/service proposals and deliverables will set the standards and seize the territory. Of course, the organisers need to be convinced so there is quite a bit of education needed en route…

3. Through 2015, 90% of enterprises will bypass broad-scale deployment of Windows 8

Windows 8 is Microsoft’s attempt to bring the touch interface to its flagship product to counter gains by Apple in rapid-growth markets. Microsoft had to make this change to modernize its offering, and its approach is to push IT organisations to this new interface as quickly as possible. However, most enterprises and their trusted management vendors are not yet prepared for this change, and Gartner predicts that enterprises will want to wait for more stability before proceeding. The market will take time to mature, and most enterprises will sit on the sideline for now.  This suggests that existing, reliable tech and enterprise software will remain important. Many mega event organisers are inherently conservative and risk averse…see the example of Beijing opting for full fibre and other cable installations even though wireless technology was more than adequately proven and would have established new benchmarks.  Was LOCOG’s and the IOC’s inertia over social media another case in piint?

4. By 2014, European Union directives will drive legislation to protect jobs, reducing offshoring by 20 percent through 2016

An upward trend in unemployment has continued in the European Union during the ongoing financial crisis. With little expectation of a short-term recovery, Gartner expects to see the European Union introducing directives before the end of 2014 to protect local jobs. The impact of this protectionist legislation would be a net reduction of off-shoring by 20 percent through 2016. Companies would retain the use of global delivery models, but with a rebalancing of where labour is located. Opportunities would be created for firms to invest further in lower-cost parts of Europe, or in areas within their domestic location, where costs may be lower. This support for local industry will likely occur on a wider basis and result in further distortions in international competition from infrastructure, operations and events companies in general.

5. By 2014, IT hiring in major Western markets will come predominantly from Asian-headquartered companies enjoying double-digit growth

An increasing number of successful Asian companies — particularly from China and India — are enjoying double-digit growth rates and will substantially grow their geographic footprints, making significant investments in major Western markets through 2015. They are likely to ‘up-skill’ and invest at a time when Western companies will still be coping with the impact of the economic crisis. This may be exacerbated as Asian firms readily adopt industrialised IT solutions which would reduce the need for specialist staff in Western countries.

6. By 2017, 40 percent of enterprise contact information will have leaked into Facebook via employees’ increased use of mobile device collaboration applications.

Facebook is one of the top five applications installed on smartphones and tablets, and many organisations are being pressured to permit interlinking with Facebook and similar products, because those products provide a high degree of leverage for new contacts. There has been little discussion about the underlying technologies that permit transfer of information between legitimate enterprise-controlled applications and consumer applications. These interactions are difficult to track, and the technologies to control the transfer are more difficult to build, deploy and manage. Yet, as we have seen in the case of the London Olympics and increasingly at major sports venues, in particular in the US and UK, application of social media engagement is on a mammoth rise and needs to be managed so as to truly add new value to sports brands, properties and events. Sports have already become the number 1 category for mobile advertising revenue, and mobile sites and apps in the music, video and media category have also grown, with both capturing 30% of overall revenue during the 3rd quarter of 2012, making them the highest earners.

Corporate networks will become more like college and university networks, which were the original “bring your own device” (BYOD) environments. Because colleges and universities lack control over students’ devices, they focus on protecting their networks by enforcing policies that govern network access. Gartner believes that enterprises will adopt a similar approach and will block or restrict access for those devices that are not compliant with corporate policies. This has major implications for the management of and communications with staff of mega events, as well as with the wider numbers of volunteers and suppliers who have varying levels of information access / entry priorities / accreditation. Enterprises that adopt BYOD initiatives should establish clear policies that outline which employee-owned devices will be allowed and which will be banned. In the BYOD era, security professionals will need to diligently monitor vulnerability announcements and security incidents involving mobile devices and respond appropriately with policy updates.

8. Through 2014, software spending resulting from the proliferation of smart operational technology will increase by 25 percent

Previously “dumb” operational devices or objects, like a vending machine, medical device, marine engine or parking meter, are now having software embedded in them, and sensors are being linked to the Internet to create and receive data streams. This machine-to-machine communication has the potential to trigger significant new software costs – due to the amount of new software, imposition of licence fees, technology vendors are becoming operational rather than hardware oriented, and because procurement by non-experts may result in (expensive?) mistakes. Consider the potency of technologies such as electronic wallets and how those concepts can revolutionise procurement and a range of consumer interfaces. Will the hardware availability of NFC- near frequency communication- lead to the realisation of the major cost reductions and simplicity of transactions that the technology promises?

9. By 2015, 40 percent of Global 1000 organisations will use gamification as the primary mechanism to transform business operations

Seventy percent of business transformation efforts fail due to lack of engagement. Gamification addresses engagement, transparency of work, and connecting employees’ actions to business outcomes. Companies apply feedback, measurement and incentives — the same techniques that game designers use, to keep players interested — to achieve the needed engagement for the transformation of business operations. Diverse industry segments are already finding gamification effective, and Gartner predicts that the worldwide market will grow from $242 million in 2012 to $2.8 billion in 2016, with enterprise gamification eclipsing consumer gamification in 2013.  Perhaps you can tell me where you see gamification having the most impact on your business and your markets. The industry view is one of immense penetration of the gamification concept.

10. By 2016, wearable smart electronics in shoes, tattoos and accessories will emerge as a $10 billion industry

The majority of revenue from wearable smart electronics over the next four years will come from athletic shoes and fitness tracking, communications devices for the ear, and automatic insulin delivery for diabetics. Wearable smart electronics, such as fitness trackers, often come with data analysis applications or services that create useful insights for the wearer. Already Nike, Adidas, Puma and other are activating high tech applications in their sports gear/garments and sports gear – ranging from monitoring to medical management and incident diagnosis. Applications and services will create new value for consumers, especially when combined with personal preferences, location, biosensing and social information. CIOs must evaluate how the data from wearable electronics can be used to improve worker productivity, asset tracking and workflow. Wearable electronics will also provide more-detailed information to retailers for targeting advertisements and promotions. Surely there opportunity exists to introduce proven technologies for event organiser staff, volunteers and even the Olympic family – if they are prepared for measures of ‘transparency’.

11. By 2014, market consolidation will displace up to 20 percent of the top 100 IT services providers

A Nexus of Forces, including cloud, big data, mobility and social media, along with continued global economic uncertainty, will accelerate the restructuring of the nearly $1 trillion IT services market. By 2015, low-cost cloud services will cannibalise up to 15 percent of top outsourcing players’ revenue, and more than 20 percent of large IT outsourcers not investing enough in industrialisation and value-added services will disappear through merger and acquisition. This will limit and endanger the typical offshore/near-shore approach run by dedicated IT services providers and create low-cost options onshore or facilitate a globalised approach to staffing. You will need to be aware of and even revaluate the providers and types of providers used for IT services upon which your service may depend, with particular interest in cloud-enabled providers supporting information, mobile and social strategies. You can’t afford to find your service/product ‘screwed’ due to external providers decisions that undermine your position.