News Sponsorship rears its head yet again – reality and opportunity

Sponsorship rears its head yet again – reality and opportunity 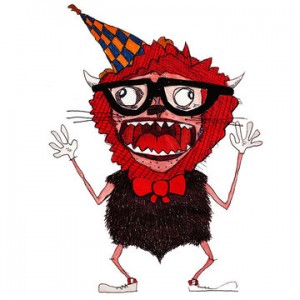 Sponsorship rears its head yet again in various ways.  Not only has it become a vital element in the viability equations for events, clubs, federations, organisers, venue owners and athletes but increasingly and at time significantly the directions and decisions of sponsors shape the direction of your business.

One current indicator is the decision by Nike, with regret, and then by others, to withdraw sponsorship from Lance Armstrong. Armstrong provided Nike with an impressive and value-laden sponsorship, ‘engineering’ more new cyclists to the sport than possibly ‘Magic’ Johnson did for basketball. Not to mention his superb cancer charity work.

That Armstrong was not ‘busted’ earlier and that cycling has avoided confronting doping is the subject of many commentaries. And there will be more in that vein, particularly in relation to the sports and administration agencies involved. As I write, more Aussie cyclists are coming ‘clean’. The Sydney Morning Herald of 20 October featured a spread which showed that of 60 Tour de France first, second and third place makers over 20 years, just 16 are untainted – and 6 of those untainted places are held by two riders, Cadel Evans and Andy Schleck.

And did you read the Open Letter from Jaimie Fuller, Chairman of Swiss headquartered company Skins, to Pat McQuaid, President of the Union Cycliste Internationale (UCI), published on 19 October?  A well-worded letter and challenge. To read it, follow this link and the letter is presented as a pdf. In a covering note Fuller postulates: “What happens to world cycling if the array of stakeholders who have heavily invested into world cycling, decide to take legal recourse to recover investment, sponsorship and bonuses that have been contractually paid out on the basis of what is now seen as flawed and fraudulent performance? What if major international companies sue for breach of contract across the whole of the sport? What happens then? We already have one US organisation who paid Armstrong 12 million dollars over three years as incentive for 4 consecutive TdF victories saying they are considering their options. If they don’t institute legal proceedings soon to retrieve their money plus some then I’ll change my name to Shirley, put a flower in my hair and start wearing skirts.”

Rabobank, a long standing sponsor of professional cycling has withdrawn all sponsorships, worth more than £12 millon a year. Bert Bruggink, a member of Rabobank’s managing board, said: “We are no longer convinced that the international professional world of cycling can make this a clean and fair sport. We are not confident that this will change for the better in the foreseeable future.”

Was Nike’s sponsorship in fact a cornerstone of credibility for Armstrong and so providing a measure of self-belief that was unrealistic? Undoubtedly Nike endorsement carries much kudos as well as value – and as we’ve now seen it also carries substantial social responsibility. I expect we’ll see more of that.   Ultimately, time will tell as to whether the name Armstrong remains or again become marketable…stranger things have happened.

Now, here’s another ‘next big thing’ in sponsorship –  the move by technology companies to become sponsors of venues and teams, in a quest to be seen as leaders in social media technologies and the rapid growth in fan engagement and loyalty strategies that employ new digital technologies, cloud computing and new stadium branding technology. EMC Corporation and SAP have announced sponsorships with two-year old Metlife Stadium in New York, home of the Jets and Giants, to introduce a new, advanced level of fan interaction and activation throughout the entire building. They join telco Verizon and brewer Anheuser-Busch. Tech companies will emerge much more in these and other sports related sponsor roles.

Nike doesn’t stand still. Nike will become an official sportswear supplier to the International Olympic Committee, agreeing a partnership through to the end of 2016. The agreement, which will begin in January 2013, will allow Nike to supply uniforms and products to IOC members and staff for the Olympic Games in Sochi in 2014, Rio de Janeiro in 2016, the Youth Olympic Games in Nanjing in 2014 and Lillehammer in 2016, as well as for IOC Sessions, Evaluation Commissions and other events as required. Nike replaces Japanese firm Mizuno, which has served as the IOC’s partner in this category since 1995.

Nike has extended its partnership with Football Federation Australia (FFA) by 11 years until 2023, in a 3rd contract renewal. This will take the relationship to 20 years by the end of the deal. FFA said the deal signifies the largest single commitment of term and financial contribution between an Australian national sporting team and an apparel manufacturer. It is also the largest guaranteed sponsorship investment for the FFA since its inception in 2004.

Indonesia will be the primary tourism destination sponsor of the ’2012 ING New York City Marathon’ on November 4, 2012 in New York. The deal was negotiated by IMG. The Indonesian Tourism agency will also be the leading tourism sponsor of the NYRR Dash to the Finish Line 5K from the United Nations to Central Park on the Saturday before marathon day. The marathon attracts more than 47,000 runners, with international runners comprising about 50%; and the event attracts over two million spectators.

German automobile manufacturer, Audi will be the new driving force in Australian golf with the company signing on as an Official Partner of Golf Australia. In Australia, Audi has aligned itself with sailing races and competitions as well as being an arts sponsor.

The Sydney Kings and Crown Limited have announced the signing of Crown as a major sponsor for the 2012-2013 NBL season. The sponsorship would involve renaming the Kingdome as the Crown Kingdome, and assisting Crown with their various indigenous mentoring and development programs. Whoever spoke of unlikely bed-fellows, bite your tongue.

Could it be any other? When Felix Baumgartner recently broke the sound barrier in a 24-mile space jump, who was the sponsor? None other than Red Bull. To be precise, Red Bull Energy Drink, with the slogan: “Red Bull gives you wings.” The ‘stunt’ was watched by some 8 million you-tube viewers globally, regarded as new Pop Culture consumers that Red Bull does not usually capture rather than their more frequent sports and entertainment viewers. These are the guys who pursue low-cost  unknowns who do crazy stuff…quite a niche, and they do it so well.

England Football Is Number One: Europe’s leading football leagues have broken the €500 million barrier for shirt sponsorship for the first time, according to the latest Football Jersey Report by Sport+Markt. The English Premier League topped the table with €148.7 million in shirt sponsorship revenue for the 2012-13 season.

“But let’s not get carried away, the media rights follow the advertising dollar, and the advertising dollar follows the major audiences and trends – and increasingly that has led to a consolidation around the major sports leagues, rather than a proliferation across multiple sports. The Olympics have always attracted a unique audience, but take away the Olympic rings, and even major sports like athletics, swimming or gymnastics struggle to get the exposure one would expect, never mind the revenues. There is an increasing hunger for great sports content – to air it, but not necessarily yet to pay for it. Outside of football, Formula One and a few key national sports like cricket or the National Football League, don’t expect the television producers to be writing any large new cheques anytime soon.”

Media marketing man Harold Mitchell in the Sydney Morning Herald of 12 October: It’s a very simple matter of public policy to create ongoing wealth beyond mining. We get a minerals boom every quarter of a century or so. A creativity, advertising, marketing boom can happen every year for the next 100 years and why stop there.

Let me extract from that… A creativity boom can happen every year for the next 100 years!    So what are you waiting for….?

New Millennium Business helps you understand the complexities of sponsorship trends and how the changing directions, sentiments and realities can influence your business – and how to position yourself to take advantage of these changes.