News More about top sponsors – where the money is

More about top sponsors – where the money is 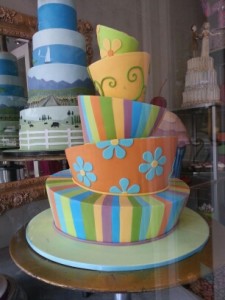 The expansiveness of Emirates and Etihad doesn’t slow. Last edition and earlier editions of my newsletter “Back on the Block’ reported new sponsorships that these two airlines have negotiated. The latest now is that Emirates has become Formula One global partner. The partnership will take effect from the forthcoming 2013 season with Emirates chairman Sheikh Ahmed bin Saeed al-Maktoum revealing that the deal has an annual value of more than US$10 million. The Dubai-based airline group (established by decree) will have a strong branding presence at 15 races on the 2013 F1 calendar across Europe, Asia, Australasia, North America and South America. Starting at the Malaysian Grand Prix in Malaysia on March 24, the Fly Emirates branding will be visible at Silverstone in Great Britain, Monza in Italy and Interlagos in Sao Paulo, Brazil. Branding will be displayed on circuit bridges and associated ground signs and Emirates will also be able to utilise the Formula One Paddock Club.

Emirates has agreed in principle to a five-year extension to its shirt sponsorship deal with Ligue 1 giant Paris Saint-Germain (PSG) – through to 2019. The deal is worth US$5.5 million per year.

Meantime, Australia’s V8 Supercars series has signed a three-year extension to its partnership with Coca-Cola Amatil (CCA), Coca-Cola’s regional distribution partner. This agreement first began in 2010 and will now run through to 2015. The deal comes ahead of the start of the motorsport championship’s 2013 season – a year in which Nissan and AMG Mercedes join established V8 Supercars marques Ford and Holden on the grid.

CCA has made its much heralded move into beers – into premium beer; and has done a deal with Casella Wines to brew a number of international brands. These products will have their own marketing budgets in a market that is growing and most competitive. So watch out for the opportunities that will spill over into a range of events as activation programs and sponsorships are created.

In London during the Olympics, Coca-Cola with its ‘beat box’ was top achiever in the attraction of new fans on Facebook.  Teaming up with London’s top music talent, their ‘Move to the Beat’ campaign successfully fused passion for music and sport around London 2012.  They started their campaign early and built momentum that they maintained across and beyond the Games period. Coca-Cola has some 50 million Facebook followers. The company has responded cleverly to arguments about the product(s) detracting from healthy life-style and promoted their products’ health credentials.

A previous article on sponsorships was published here at http://new-mb.com.au/sponsors-keep-events-on-their-mettle/