The events brought forth some interesting and useful facts and figures for an industry really under pressure and, in relation to its size and employment spread, not well-serviced or supported in terms of real business/economic information. Spending on events in Australia is down. Government has cut back on the numbers of events as well as the scale of some long-established programs. The corporate sector is constantly trimming their marketing, advertising and promotion budgets, seeking more effective options – especially new tech related – and this is flowing through with serious challenges for events specialists and events–reliant companies. 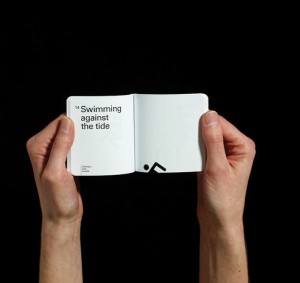 Federal tourism minister Martin Ferguson, Opening the inaugural Business Events Week at AIME, has pledged his support for the business events industry, but insisted that new infrastructure is vital for Australia to rival “stiff competition” in Singapore and further build Australia’s reputation. “New facilities in Sydney, Adelaide and Brisbane are a vote of confidence, but they are long overdue.”

He indicated that business events attracted one in seven people to Australia in 2012, an 8% increase on the previous year. Delegate spending also jumped 12% to $2.6 billion in 2012, with business events now contributing $12.5 billion to the overall tourism income.

Exhibition and Event Association of Australasia records 1.6 million visitors to 649 meeting and events, including business events, in Australia in 2011-2012.

With the economic value of business events up on previous years, Ferguson described the sector as a “critical” component of Australia’s tourism marketing strategy. Separately, head of Tourism Australia Andrew McEvoy noted that business events contributed $8.5 billion “to the overall visitor economy" in 2011, a sharply increased $12.5 billion in 2012/2013, and he expressed confidence the value exceed the target of $16 billion by 2020.

These are serious numbers.

By comparison , Las Vegas reports welcoming a record 39.7 million visitors in 2012. Research undertaken for the Las Vegas Convention and Visitors Authority estimates that 10% of these numbers, approx 4 million, are attributable to business conferences, exhibitions and the like. The 2012 record visitation generated more than $40 billion in economic impact for the city. Singapore's Overseas Visitors Survey reveals that business visitors in 2010 made up about 27 per cent of the 11.6 million visitor arrivals to Singapore. Based on the 2011 survey, the majority of Singapore’s 13.2 million visitors went to Singapore for ‘Holiday’, while the 24% were categorised as ‘Business/MICE’ visitors –  a 3 percentage points decline.

Melbourne Convention and Exhibition Centre chief executive Peter King echoed Ferguson’s calls, noting that infrastructure limitations were forcing his centre to turn away approximately 30% of business. While the Sydney scene is robust and indeed a number of business events have been advanced to capture the facilities at the Sydney Convention and Exhibition Centre before it closes later this year – indeed Exhibition and Event Association of Australasia estimates a 35% increase in new exhibitions in Sydney in 2013 – the next 3-4 years will prove a challenge as larger business events may test new waters.

The Association of Australian Convention Bureaux (AACB) called on the government for more support, after reporting a significant slip in the number of successful bids for 2012.

The latest AACB Performance Report showed that the bureaux secured 784 bids for the 2011/12 financial year, a significant increase on the previous year.

Approximately 64% of all national bids and 78% of international tenders were successful. But the number of unsuccessful bids also increased, with 208 business events lost to other countries – probably much of that to Asia-Pacific locations.

This represents a $412 million loss in potential expenditure, according to AACB executive director Andrew Hiebl. “The government can play a part to help us increase our bid wins,” he said.

For a wider perspective, have a look at the articles published by New Millennium Business in the latter part of 2012 – still very relevant!

Throwing our assets at the competition

Taking up the challenge