The XX Commonwealth Games, in 2014, will be held in Glasgow, Scotland.  The event will run for 11 days from 23 July to the 3 August.  The Commonwealth Games is considered the 3rd largest multi-sport event, after the Olympic and Paralympic Games and the Asian Games. The event takes place every four years. Started in 1930 at Hamilton, Canada, the Commonwealth Games were first suggested as a way to gather countries which were under the British Rule. For those who remember, that was the swathe of pink areas across world maps! 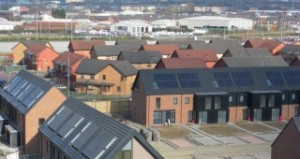 The hosting of the games was awarded to Scotland in 2004 and following an ‘internal’ cost-benefit analysis which supported Glasgow’s nomination as a candidate city over Edinburgh.  One of the biggest reasons the city was selected was that Glasgow already had 70% of the planned venues in place.  These venues are grouped in three clusters which are located in the East, West and South end of the district. The Athletes’ Village is located in Dalmarnock, a 20-minute drive from the main venues. Most of the events will be held in these venue clusters except the Diving and Full-Bore shooting, which will take place outside the Greater Glasgow area.

The 13 different venues in these 3 compact site clusters are: 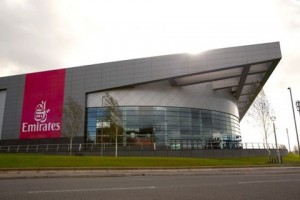 - Celtic Park – where the opening ceremony will be held 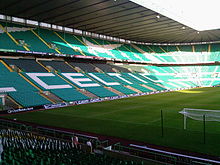 Glasgow’s Athletes’ Village is around 35 hectares with 6,500 beds and 700 future homes.  The work for this village started August 2009 and was completed January this year.  The village is located in the East end, it is a purpose built and low-carbon village that promises the athletes and the CGA team officials a place where they can relax, interact as well as prepare for the events.  It also has an exclusive retail area, recreation area, dining hall, medical facility and other amenities. Much of the fitout, the FF&E, has been orchestrated by Paul Ramler, of Melbourne, and his team.

The Games slogan is "People, Place, Passion". 70 nations or Commonwealth teams will participate in these XX Commonwealth Games.

There will be 17 sport events which include:

In recent weeks the sales of tickets were interrupted severely by website and computer malfunctions and publicity that ticket charges far exceeding quoted prices were showing up on buyers’ credit card statements. Now, for all the bullish statements about ticket sales, there is emerging concern that tickets for many events and indeed even for the Opening Ceremony are still available…and may not be easily sold. 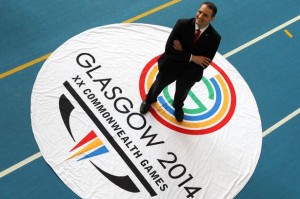 David Grevemberg has been CEO since 2011. Previously he was Director of Operations and COO. David got his first taste of games sugar and salt at the Sydney 2000 Olympics. The team he and his predecessor, John Scott, have assembled is drawn from locals, London 2012, Vancouver 2010 with a nice sprinkling of Aussies, some who have been with the organizing committee since its first steps. Deputy CEO Ty Speer, an American drawn from London 2012, has just resigned.

The Scotsman interviewed Grevemberg recently: “I think Glasgow has done it in a way that is appropriate – perfect, in fact – to its context and its growth. The regeneration of the East End has established a really strong foundation of focus and awareness. The things that have been built are both world-class and community-relevant.”

Mr Grevemberg, a native of New Orleans, repeatedly peppers his description of his work with nouns such as “prudence” and “responsibility”, and adjectives such as “pragmatic” and “conservative”. He laughs when The Scotsman suggests these are words more commonly associated with Edinburgh, while popular lore has it that Glasgow is an open, carefree, loud and proud antidote. The opening ceremony, surely, will restore that reputation. Won’t it?

“The bottom line is that we are using public money so when I use words like prudence, it’s about being responsible in our approach,” says Mr Grevemberg. “Look at the pioneering work we are doing at Hampden as an example. We didn’t build a new stadium – we are raising the floor. It’s about being daring in the right places, because we want to bring this in on time and on budget. We also want it to be spectacular, and for people to be proud of it.”

Ceremonies are being designed and produced by Jack Morton Worldwide under direction of David Zolkwer. The opening ceremony will be at Celtic Park on 23 July. The venue will be configured with a large 10,000 sq foot LED screen and several platforms for TV broadcast equipment…and this will allow only about half of the normal capacity, about 35,000, to attend. The space behind the screen will be used for cast backstage and technical support services.

Village Ceremonies will be created and performed by the National Youth Theatre.

Over £2 billion will have been spent on enhancements to the city's transport infrastructure by 2014, including completion of major motorway links, such as the M74 and East End Regeneration Route. There are also planned improvements to public transport provision, such as the Clyde Fastlink project and the refurbishment of Dalmarnock railway station and the stations on the Glasgow Subway.

All venues in the Glasgow area will be directly served by the city's extensive railway and subway network, with its main interchange at Glasgow Central/St Enoch, including Hampden Park, as well as the other major venues served by either the central Argyle Line or Subway.