News The money in broadcast – Cricket and other A-Grade sports

The money in broadcast – Cricket and other A-Grade sports 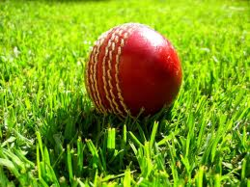 Well, it was a big one. Cricket Australia has come away with $590 million over 5 years for its domestic an international TV broadcast rights…a solid 118% increase on the previous period deal. And the fascinating aspect is that while heavily engaged, it was the market – competition – that set the price. Whether that’s value is another question we’ll look at.

TEN Network set the stage. The network is in a difficult situation, shifting its demographics targeting, short of cash, seeking new streams of advertising revenues and also some ‘block busters’ to wrest viewers from Nine and Seven. Figuring they’d have a shot at unseating Channel Nine from its incumbent cricket broadcast position, they lobbed a mighty $500 million bid. Among other things this move was aimed at Nine’s funding vulnerabilities, being owned by financial investors, and the need for Nine to restructure in order to deliver a requisite national coverage. Nine always held the trump card, under its existing contract, of being able to match any other bid … and it was really unthinkable for Nine to be without cricket, at any cost. They like to say it’s in their DNA.

By all accounts, TEN actually bid $550 million. In the end, Nine takes the Test and one-day matches and while for $100m TEN takes the Big Bash League rights. There are contra components and while the cash is way ahead of Cricket Australia’s expectations, the contra amounts are below.

Ten secured its rights for an annual fee of $17 million in cash and $3 million in contra, well below CA's expectations of up to $40 million. 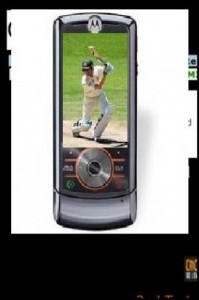 Even better for TEN, the Big Bash is scheduled in January-February, which enables TEN to air the series in prime-time against Seven's Australian Open tennis.

Nine and TEN will also share the digital rights deal with a $60 million investment enhancing Cricket Australia's website and a new mobile app. The $60 million is a pure cost invested in the website and app, not a fee to CA.

It’s noteworthy that all cricket will be broadcast via free-to-air channels. Pay TV has been taken out of the equation.

And CA tells us that the players will benefit, too.  I’m sure a few corks popped at CA.

The value of A-Grade sports 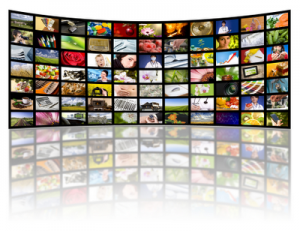 As these cricket rights are ‘processed’, each of the broadcasters – and make no mistake, they are all under intense market share, advertising and funding pressures, with Seven seemingly in the best position – needs to work out how their fees for sports rights really deliver their objectives. Could it be, for example, that $50 or even $100 million less paid to cricket might have gone into local film, drama, related creative productions?

Alongside the cricket deal we have:

► Tennis Australia – gets $21 million per year from Seven West; due for renegotiation soon and speculated to reach between $40 and $50 million, in 2014

Will TEN take a similar approach to the Tennis and try to wrest that deal from Seven?

And surely there will be separate deals soon for the Asian Football Cup and the International Netball Championships, both to be held in 2015.

One major business drawcard for the TV channels is to hook viewers for well before and well after the sports events themselves, into news and other programming. Strategically, as mentioned above, market share is vitally important and blocking the entry of competitors to some sports is a means of leaving those competitors’ cupboards bare.

Now contrast that with some recent deals in the US and UK, where prime sports broadcast rights are capturing enormous revenues – albeit that their populations and viewing demographics are much larger than in Australia. Noteable is the addition and inclusion of mobile and digital streaming rights. We’ve spoken about this new set of opportunities in “Back on the Block” and in blog articles on the New Millennium Business website.

In the US, Verizon is expected to sign a four-year, $1 billion extension of its NFL rights, up substantially from its previous $720 million deal. The deal will allow Verizon to stream every NFL regular-season and playoff game to mobile phones. This move will probably obliterate, forever, the distinction between sponsor and media-rights deals. Its previous deal gave Verizon subscribers access to live games schedules from ESPN, NBC and NFL Network. But this new deal adds in the CBS and Fox Sunday afternoon schedules plus the playoffs. 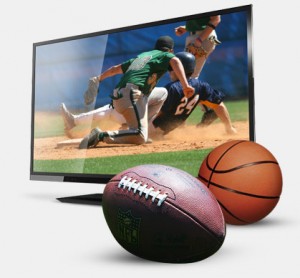 And just two weeks ago the same NFL signed a five-year, $400 million deal with Microsoft.

Noteably, this large Verizon deal does not include the rights to stream NFL games to tablets – only “mobile phones,” which is certain to lead to fights over what is considered a phone – and what about specific devices and technology-based hybrids? Suddenly, there are new ways in which to cut and dice the market, grow the market and access new revenue streams.

In the UK the Premier League has confirmed its standing as the world football’s richest competition with a £3.018 billion, yes some $4.93 billion, deal for domestic TV rights for three years. This is a remarkable 70% increase on the current contract. The agreements start from the 2013-14 competition. 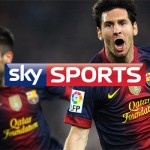 BSkyB, a long-term (20 years) partner, will show 116 games a season – the maximum allowed for one station – and newcomers and serious challengers to Sky, BT, have gained a 38-game foothold. The Sky component value is up by just 40% while BT has committed £738 million (that’s about $1.2 billion) over three years.

BT will launch a new ‘football-based’ channel to carry its games, will distribute via broadband and could distribute the content to other platforms like Sky or Virgin. BT is expected to market access at prices much below Sky’s current pricing – so this could be quite disruptive. The costs BT will incur just to establish its broadcast capability will be substantial.

At the same time, NBC Sports has secured a $250 million, three-year TV deal to broadcast all 380 Premier League matches in the US.

Separately, in the US football universities and conferences have started to establish their own television networks. Examples are the University of Texas and the Big Ten, Pacific 12 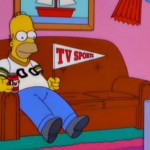 and Southeastern conferences. ESPN owns and operates some of these. Some have shared rights, for example including CBS Sport along with ESPN. ESPN then negotiates with cable, satellite and phone companies to distribute the content. In the case of Southeastern Conference which covers 11 states, a deal with ESPN has been stitched up through till 2034, based on an original deal in 2008 for 15 years guaranteeing Southeastern $2.25 billion. ESPN is targeting up to 30 million subscribers in the 11 states alone.

The Big Ten Network is estimated to just over 50 million subscribers. It seems that few of these deals make network profits in the early years, with revenues being primarily from subscribers and advertising. Hence the longer period deals that are often put in place. Nothing like optimism, of course.

So, what does this mean for the events sector, for companies delivering events?

While marketing and advertising budgets are being reviewed and tightened, and some sports are not faring well in the sponsorship and broadcast stakes, A-Grade sports really are hitting big time.  How those deals pan out in terms of ultimate value, that is, audience, market share, extended viewing and profitability, is yet to unfold. In the meantime, every one of those sports, clubs, broadcasters, advertisers and sponsor ‘stakeholders’ will be looking for ways to engage new and wider audiences.

This is giant numbers game. This is where events companies need to focus, develop their propositions and new ideas. There will be very ready acceptance and take for out-of-the-box and outside-the-square ideas.

New Millennium Business is able to help you interpret and strategise around these enormous changes and opportunities.

Can you afford to let the market move on without you?