News Television sports broadcast competition is taking off in the US

Television sports broadcast competition is taking off in the US 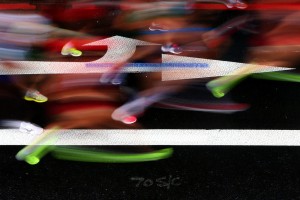 On 17 August, 21st Century Fox, part of the new structure of Rupert Murdoch's film and television assets, commences Fox Sports 1, FS1, a 24 hour sports network. This will be a major challenge to ESPN who launched the first 24 hour sports channel 3 decades ago.  Fox has spent 4 years bringing together a major portfolio covering sports such as football, basketball, baseball and soccer. Its differentiating dimensions will be ‘jockularity’, to be funny, irreverent and less serious. Fox is looking to reinvent the live sports television concept and format. They have undertaken extensive focus group research with sports fans and it was through this channel that the nation of jockularity and irreverence emerged as well as the importance of placing a high value on surprise.

The head of FS1 is David Hill, an Australian and broadcast innovator. He has overseen broadcasts of big ticket live sports and has spearheaded the launch of two sports networks in Europe Sky Sports and Eurosport. Murdoch has always tried to use sports as a business anchor, as did Packer with cricket. Through many years, Fox has paid what were considered exorbitant fees for the rights to broadcast live sports which later generated enormous returns.

Fox, as with ESPN, will look to subscribers to pay the way. Currently ESPN makes $3 billion a year in advertising and $6 billion from subscribers via charges to cable companies. Yes, a $9 billion contribution to parent Walt Disney.

Fox has been stockpiling the rights to live sporting events so that it can boost further its subscribers and the widen delivery through cable companies. Hence, over recent years there has been a strong upwards bidding war across major live sporting events. Initially Fox had no way to monetise some of this programming but this is now about to change. Since 2010 the company has committed nearly $9 billion to secure the rights to a range a sports competitions championships and events.

ESPN is, however, not standing still. The company has just appointed Nate Silver, data analyst, interpreter and storyteller extraordinaire, from the New York Times. Sports television in particular has been surprisingly awful at creatively integrating statistics into its coverage. For the most part it has simply littered the screen with scores and tickers—it's done a great job of introducing multiple streams of real-time information, but some would say a poor example of using data to bring any new dimension to the sports being viewed. When it comes to news and data-gathering ESPN has scale—massive scale—and that ability to capture and parse big data is ESPN's next competitive advantage. Silver's ability to use numbers as a thread and weave data throughout a coherent narrative, when coupled with ESPN's resources, gives him the opportunity to transform how sports stories are told on TV. How can the data be visually represented and animated to actually illustrate patterns of cause and effect with regard to the decisions and performances of the players and teams that we love and hate, to bring a new dimension to sports coverage? Well, let’s wait and see.

ESPN President, John Skipper, says “There is no value coming into the market and doing the same thing.” – and Fox is taking him on. Fox will launch into 90 million homes compared with ESPN’s established 100 million homes access.  For FS1, college football, college basketball and MLB games will be important components of the programming, as will the later Football World Cups in 2018 in 2022.

Yes, television sports broadcast competition is taking off in the US. Will we see the same happen in Australia?

Sports broadcaster Fox Sports has become the domestic media partner of the United States Golf Association (USGA) – previously an NBC stronghold. Through this 12 year deal – to 2026, the Fox network and Fox Sports 1 will also be the principal domestic media partner for the US Open, US Women’s Open and US Senior Open Championships, as well as the USGA’s national amateur championships and other live content, beginning in 2015. For the first time, Fox will be covering premier major championship golf. Under terms of the new agreement, the USGA and Fox Sports will deliver a total of 146 hours of championship golf, including a minimum of 70 cumulative hours of live event coverage of the three Opens; while for the national amateur championships, Fox will deliver a minimum of 76 hours of live broadcast coverage across its sports platforms.

and….Horse Racing gets into the picture…

The Jockey Club of the US, a major horse racing organisation, has agreed a multi-year rights deal with Fox Sport. Starting in February 2014, prominent graded stakes races from many of US horse racing’s best known tracks will be televised on Fox Sports 1. The first broadcasts will be from Florida, covering the Donn Handicap and Gulfstream Park Turf Handicap, both Grade 1 races. The newly created package of nationally televised races consists of up to 10 broadcasts per year. Each broadcast includes two top stakes races featuring the leading horses in North America.