News Seen Any Australians Lately? Event Management Down Under

Seen Any Australians Lately? Event Management Down Under

I thought I'd talk to you about the view of the events world from down under and more to the point, how we grapple with it…indeed, how we from Australia have made such an exceptional international success of the events work we do. Of course, we have had the enormous impetus of the Sydney 2000 Olympic and Paralympic Games, the Rugby World Cup in 2003, the Melbourne 2006 Commonwealth Games and other sport and non-sport events as a platform. Australian specialists have played significant roles, albeit not often widely publicised or celebrated, at many international sporting events in recent years. Apart from the keen interest, there is something ‘in the water’ that warrants mention.

We have grown up in and have lived for many years in a very diverse environment.  The proportion of Australian residents born overseas is over 25%; and while the largest number comes from the UK, the proportion of migrants born in Asia increased from 24% of the overseas-born population in 2001 to 33% in 2011. The strong anglo-celtic numbers of early Australia have been added to by migrants from all parts of the world. At the same time, we now recognise more fully the aboriginals as the indigenous owners of Australia.

Our closest neighbours are New Zealand and Asia. There are many close social and economic ties with New Zealand. Over the last 25 years, connectivity with Asia has become a way of life for much of the business community in Australia. We have honed a type of resilience that in addition to the relative openness and candour of Australians has resonated in Asia. We have learned and understood the need to become sensitive, patient and persistent.

These attributes are particularly relevant to the global events industry which of necessity interfaces, liaises and negotiates with governments, official entities and governing bodies which in various ways rule parts of the sporting events world. The strengths of Australians have been manifest in international sporting events in Asia, the Gulf and UK/Europe while in parallel the same qualities, knowledge and expertise extends to business events and cultural event. 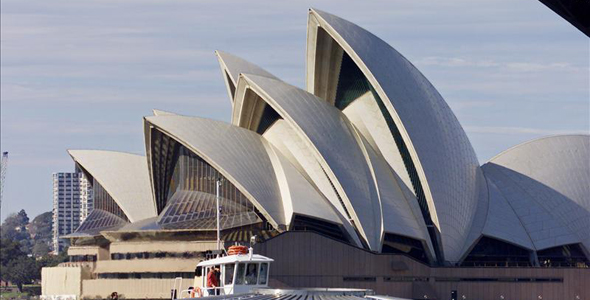 From Australia it is de rigeur, a piece of cake, to fly for a couple of days to Singapore or Hong Kong or to China, as from London you might to Geneva or Milan, or similarly within the United States. This is part of the resilience that Australians have developed. There is a mental as well as a physical dimension to this attribute and both are crucial. The ‘balancing act’ between these becomes an art of sorts. Maybe this is a particular form of Australian right brain-left brain adaptation to our location but for whatever reason there are now Australians substantially engaged in the design, planning, delivery and administration of major events globally and especially in international sporting events.

This extends to management, training for and marketing of major sports as well as of major venues. And it will continue.

Our businesses are small and we have learned to think outside the box and to collaborate. We have learned to work with competitors. We have learned how to work closely with event organisers, owners and sponsors, often a little ‘beneath the horizon’, so as to preserve their integrity, to achieve and further their objectives and ambitions.  We have understood the methodologies of gathering, applying and transferring knowledge. Our guys have proven to be adaptable, flexible and creative – and good listeners.

With Australia being a relatively small but high calibre market, our events design, planning and delivery specialists have cleverly reconstructed and developed further their practical events knowledge, proven it further locally and taken it back into play in the big markets of global events. The preface of The Australian Olympic Caravan from 2000 to 2012* refers to “this unique example of Australian inventiveness and ingenuity and ‘can do’ endeavour”. This remarkable contribution, enthusiasm and involvement in international events will continue.

This article was first published by isportconnect on 28 August 2014 at www.iSportConnect.com