Part 8 of the story of Brazil 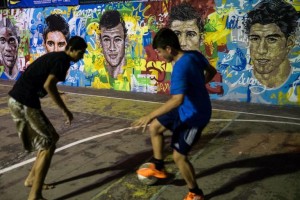 Youngsters play football next to a mural with the portraits of famous football players at Tavares Bastos shantytown (favela) in Rio de Janeiro, Brazil, on May 21, 2014 (AFP Photo/Yasuyoshi Chiba) 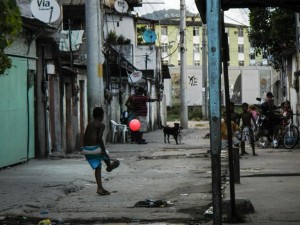 Despite all the preceding comments, if you’re going to Brazil, lucky gals and guys!

For all of you here are some tips about having a great time, or wishing you were!