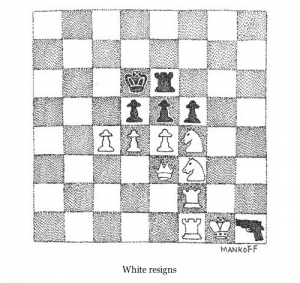 Beijing 2022 intends to capitalise on Beijing 2008's legacy, not only in terms of existing competition venues – five of which will be reused for the Beijing 2022 Winter Games – but also in terms of infrastructure, operations experience and much more.
Almaty's plan, meanwhile, is to return to a responsible, sensible concept for hosting the Olympic and Paralympic Winter Games in a city that has "the ideal geography and weather for an intimate and fun Winter Games".

Each has agreed to hold the event between 4 and 20 February – and this is now a potential issue of conflict with the timing of the 2022 World Cup in Qatar. The IOC will select a host city at its Kuala Lumpur meeting in July.

2024 Summer Games: Boston has been selected by the USOC as the US contender city, ahead of DC, Los Angeles and San Francisco. This was surprise to many. There is local opposition, based mainly on costs and city disruption and meetings are underway to manage those objections. Rome is the only other city to have officially declared so far that it will bid for the 2024 Olympics, although Boston is likely to face further opposition from Hamburg or Berlin, Baku, Budapest, Istanbul, Paris, Doha and either Pretoria or Gauteng Province in South Africa. For the time being, at least, The South African Sports Confederation and Olympic Committee (SASCOC) has moved to play down speculation linking the country with a bid for the 2024 Olympic Games by stating it is fully focused on Durban’s bid for the 2022 Commonwealth Games.

The 2019 Summer Universiade will not take place in Brasilia. The new governor, Rodrigo Rollemberg, of the Brazilian Socialist Party (PSB),  advised FISU that the Brazilian capital would not be in a position to meet its financial commitments within the time-frame set by the governing body. He deemed it "too risky" to honour the Government's agreement to contribute approximately US$28 million towards the Universiade, which was estimated to cost US$876 million in total. Bidding has been reopened whilst there are suggestions the new Minister for Sport may encourage an alternate Brazilian city to contend.

Brasilia was chosen to host the event in November 2013 at a time when there had been a backlash in the country at the price of staging the 2014 FIFA World Cup and the Rio 2016 Olympic and Paralympic Games.
Kazan, Russia hosted the games in 2013 and this year's Summer Universiade in Gwangju, South Korea is due to take place from 3 – 14 July. The 2017 edition is scheduled to be held in Taipei, Taiwan, from 19 – 30 August.