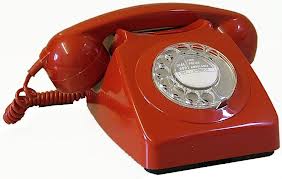 Planning and preparations for the 2015 AFC Asian Cup are cranking up. The event is the cornerstone of the FFA’s program and much of the future of football in Australia will derive from the success of this competition. There is also a unique opportunity for commercial, diplomatic and cultural engagement between Australia and key countries in Asia.

In November, the Lowy Institute for International Policy, the Local Organising Committee of AFC Asian Cup Australia 2015 and Football Federation Australia held a one-day conference to leverage the unique engagement and networking opportunities associated with the Cup. There were four interactive sessions – on business and investment; tourism; diplomatic relations; and people-to-people contacts.

Wearing an earlier ‘hat’, about a year ago, I was invited by the office of Kevin Rudd to contribute ideas on the topic of Sports Diplomacy – the question of how major sporting events could be pursued, captured and elevated to achieve successful international relationships and business outcomes that were much beyond the sport or event itself. I provided some detailed ideas – as I’m sure did others. The intent was to build a wide and comprehensive case for supporting major international sporting events in Australia. I followed up a few times to find out what had become of the initiative…and perhaps some of that work is seen in Craig Emerson’s comments.

Some salient streams of discussion and considerations referenced the countless examples of football uniting countries, or peoples within countries or simply lifting national spirits when the chips are down. Examples were drawn from Cambodia, to Rio de Janeiro, to Korea and Japan, as well as from Germany and England.

The opportunity to foster and facilitate business contacts was high among priorities.  The Hon Dr Craig Emerson MP, Minister for Trade and Competitiveness, Minister Assisting the Prime Minister on Asian Century Policy spoke on this and other matters central to the success, opportunity and impact of the 2015 AFC Asian Cup – drawing on experience from and evidence of the impact of other major events. Some excerpts follow.

“As the success of Real Madrid or Barcelona attests, football and sports more generally have become an important driver for business the world over. Competition to host some of the world’s major sporting events ‑  such as the Summer and Winter Olympics, the World Cup and the Commonwealth Games – is not just driven by the desire for prestige, but also for the enormous business opportunities on offer. In business schools around the world, sporting clubs and events have become the subject of case studies on global marketing and merchandising strategies.”

“Well-staged sporting events have a multiplier effect. London 2012 brought a much needed boost to the British economy. The 2010 World Cup helped rebrand South Africa as a tourist destination, with the country still attracting a higher number of tourists than before the tournament. And Sydney, quite rightly, is now considered a fitting and able host for international events since the Sydney Olympics in 2000.”

“Australians since have become internationally recognised for their ability to plan and deliver major sporting events. In fact, 46 Australian companies were involved in the London 2012 Olympic Games and 26 are already working on the 2016 Games in Rio. Australian sport and Australian business go hand-in-hand.”

“In 2006, the year that Australia joined the Asian Football Confederation, 80 million people were playing football across Asia. According to Football Federation Australia’s submission to the recently-released White Paper on Australia in the Asian Century, this number may have since increased to more than 380 million. It’s estimated that between 100 million and 360 million people in China regularly tune in to the English Premier League.”

“By 2025, Asia will be home to four of the world’s 10 largest economies. By 2030, the region will be home to 3.2 billion of the 4.9 billion middle class consumers in the world.We will have to work hard to develop stronger relationships and capabilities to better promote Australian interests in Asia. Sport will play an ever-growing role in strengthening Australia’s connections in the region.”

“Australia’s hosting of the Asian Cup in 2015 holds enormous opportunities to promote Australia’s brand in the Asian region. It and the cricket World Cup, which Australia will co-host in the same year with New Zealand, are expected to each draw a television audience of one billion. The Asian Cup is likely to attract 45,000 international visitors to Australia. And I’d suggest, if anything, that that’s an underestimate.”

“But there are also possible longer-term benefits that will be missed if we don’t start work now. One of the most important will be promoting Australia as a tourist destination beyond the Asian Cup. A successful 2015 Asian Cup will also further cement Australian companies’ reputation as providers of quality services for major sporting events. This is important, given the number of big events that will be hosted in Asia in the next 10 years. These include the 2018 Winter Olympics in South Korea. The 2019 Rugby World Cup in Japan, the first time a Rugby World Cup has been hosted in Asia. Japan is also a contender to host the 2020 Summer Olympics. And the 2022 FIFA World Cup will be held in Qatar.”