The World Cup, the first to be hosted in Brazil since 1950, will see 32 teams compete across 12 venues for the trophy from 12 June to 13 July. Attention is substantially focused on the completion of venues. Three still remain a worry but there is no doubt they will be

sufficiently operational for the event. Fifa's main concern is the Arena Corinthians – or Itaquerão – in Sao Paulo, where Brazil and Croatia are due to play the event's inaugural match on 12 June. It is expected to be ready on 15 April. The other two unfinished stadiums are the Arena da Baixada, in Curitiba, and the Arena Pantanal, in Cuiaba. In Porto Alegre, the local government has passed a law enabling private companies to secure tax concessions to build media facilities and other temporary structures next to the Beira-Rio stadium. 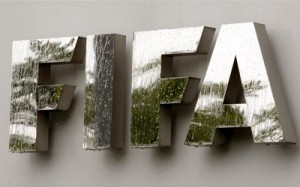 Fifa announced last week that it generated a financial surplus of US$72 million for the 2013 financial year to increase its cash reserves to US$1.432 billion. Fifa generated turnover of $1.386 billion in the 12 months through to 31 December, 2013, up from $1.166 billion the previous year. With the World Cup taking place in Brazil this year, revenue should increase again in 2014, if the figures follow the pattern of the previous World Cup cycle, which peaked at $1.291 billion in 2010 before dropping back to $1.070 billion in 2011.

Unexpected costs last year forced Fifa to earmark an extra US$70 million for the problem-plagued 2014 World Cup in Brazil. Accumulated expenses recognised in connection with the 2014 World Cup over the three years to end-2013 were said to amount to US$1.436 billion.