News The success of London does matter

The success of London does matter 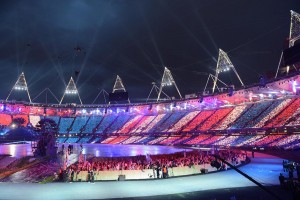 The success of London does matter – shaping the business of events

The news that the London 2012 Olympic and Paralympic Games gave the UK’s GDP a significant boost and that the Games came in at almost £400 million less than budget, £377 million to be precise, warrants some comments about why and whither the Olympics and what does it mean for other large scale sporting events. The news about the below-budget outcome was well-publicised and met with seeming satisfaction. But we surely can’t forget that the £9.29 billion budget, adopted about 3 years ago, is some three times greater than the original budget estimate around which the games bid was secured. The histories of mega events are littered with under-estimates of costs and upwards revision progressively as true analysis and appreciation of the enormity of delivery against objective sets in.

No-one wants to drop the objectives for it is around those that the whole integrity and value for bidding and hosting stands. But London’s record at this stage is no better than Beijing’s where the powers that be operated in a relatively autocratic context and delivered on many of their objectives relating to venues, infrastructure, environment, green technologies, upgraded services capacities, new digital technology capability, iconic world class facilities as well as international profile.

The big value-add that London has brought to the picture is how to present, profile and in simple terms sell the propositions, how to deliver all those state of the art ‘treasures’ with a happy smile and how to take clear success and write immutable history around that. They have done that exceedingly well.  Sporting event organisers, business and cultural event owners, indeed major project proponents and owners beyond the milieu of events can learn much from London’s example.

That senior officials associated with the London Olympics have already been appointed to top level government roles, that London Mayor Boris Johnson is being mooted as a possible Tories leader and even PM, and that London is being spoken of as Olympics host in about 20 years all further embellishes the storyline. Lord Coe is now Chairman of the British Olympic Association. By the way, several top Aussie executives from and lead suppliers to LOCOG have secured new exciting positions in the events world….such as Ralph Ord being appointed to the Glasgow 2014 Commonwealth Games as Chief Operating Officer; Todd Severson formerly of Contemporary International has been appointed Director of Games Services by Rio 2016; Di Henry OAM is taking up the Creative Director role at Sydney’s Royal Easter Show; Event Planning Group which operated so successfully in London with Rider Levett Bucknall is now heavily involved with the Kazan 2013 World University Games; Paul Ramler’s RGS will supply FF&E design and products to Glasgow 2014; Infostrada, with a strong Aussie component, has secured a key role at the FINA short course championships in Istanbul in December.

There is no one set of objectives, no one template, that applies to each Olympic Games or to each major event as the bidding and benefits projected are assembled and evaluated. Certainly one common issue is how to assess potential outcomes over an initial 10-12 year period through to the event; and then more realistically over a further 20 years if true legacy evaluations are to be made. In democracies, that spans several governments and the need for constant renewal of commitment. In autocratic jurisdictions, the legacy can be allowed to dissipate. In democratic countries, socio-economic debate and wide ranging impact studies driven by lobbies and interest groups rightly become ingrained into the process – but of course in that they become hinderances and delaying agents. Where decision making and governance structures are ‘tweakable’ as against flexible, problems can arise.

The most recent examples have to be the Delhi 2010 Commonwealth Games …. and are we seeing those signs in Rio? The London 2012 debrief to be held by the IOC in Rio de Janeiro in November will undoubtedly lay down some fundamental criteria by which Rio should operate.

The UK’s strong governance capacity has placed London in an enviable position. Off the strength of that framework, the franchise of the Olympic and Paralympic Games has benefitted immensely and the IOC has a definitive ‘case study’ around which to build, formulate future Olympic host requirements and reposition itself. London created a new paradigm and that includes the scenarios for sponsors, notwithstanding the policing approach adopted, probably unnecessarily.

And yet, there is no shortage of new bidders for the top tier mega events such as Olympics. Many of the newcomers are fuelled by oil, gas and resources wealth, often not fully democratic and so the operative question 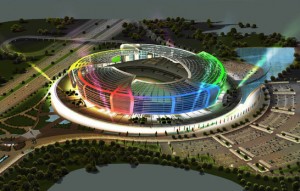 remains – will issues of achieving and delivering true legacy really matter in the fullness of time? If they can be well-presented as aspirations, partially achieved, keep the locals and the various event audiences and stakeholders happy on the way, is that going to be enough?  If so, that makes it doubly hard for cities such Sydney, Montreal, Barcelona (read Madrid bidding for the 2020 Olympics) and maybe London to again take up the challenge. In such cities and countries, criteria around accountability, responsibility and methodologies of evaluation are taken most seriously.

London did set new standards. In virtually every department. LOCOG and the ODA took the concepts and deliverability of planning, operations excellence, spectator experience, technology adoption/application/delivery and legacy to new heights. They have established a formidable major events design and delivery strength that will be further embellished through the many sporting events on the UK calendar. British events businesses are spreading internationally, via Sochi into Russia and eastern Europe, Qatar and the mid east, and into Brazil – with exceptional government support. Therein is a real business legacy.

Yes, there were issues and probably within the organising committee there were disagreements and divisions about games-time actions, responses and decisions. But the outcomes for all audiences were superb, for athletes, ticket holders, TV and digital media viewers, media, the Olympic family, government and the IOC. Great emphasis was made to ensure everyone had an enjoyable and memorable experience…and each audience interprets that quite differently. Each came away with the feeling that their expectations were exceeded.  Now isn’t that what top class customer service is about.

On 17 December you’ll get a taste of what ‘went down’ in the lead up to and during the London Games. “London, I knew you well” presents 2 top class senior London 2012 managers who cut their teeth in Sydney and a seasoned perspective from a renowned Australian business/sports business journalist. You’ll hear from and meet Jackie Brock-Doyle who was Director for Communications and Public Affairs and Kerrie Nash who was Director of Workforce for London 2012. Those roles were the engine-room of success. And for sure, they’ll have a view on how the next big events will go.

You can read the bio’s of our three marvellous speakers here.