News The Sieve: Sponsorships drive so many events

The Sieve: Sponsorships drive so many events

Sponsoring leading sports and athletes is becoming ever-more expensive. Yet the incentive is there – good sports marketing engenders strong brands. Brands seek to differentiate, whether with new ideas, concepts that are tried and proven, new technologies, the intent is to clearly associate, engage and connect with consumers and deliver a new experience.  Sponsors are now increasingly side-stepping the dominant ‘properties’ and markets and looking more locally, at sports, athletes, events and related focus on regional and local brand preferences. For some companies, this also includes consideration of branding opportunities in new emerging high growth economies, the BRICs and MISTs…in our region that includes India, Indonesia, Korea, and Vietnam. Truly global brands such as Coca Cola and Nike are already on that path albeit as a component of their multiple-country programs. 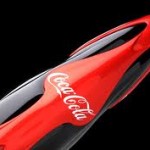 The SPONSORIUM Report, based on data collected from 116 top brands around the world, reveals a 25% growth in spending in the areas of sponsorship and philanthropic donations.. The data is pulled directly from these brands’ management platform which they use to track and evaluate their sponsorships and community investment activity. A sample size of 25,000 actual partnerships that were formed over the last three years was used. All files are also measured against the strategic criteria which brands use to evaluate their activities. On average, 52% of brand objectives were met worldwide. This suggests an improving capacity by companies to measure sponsorship spending and to link those programs to their strategic goals. 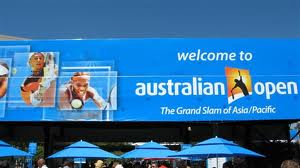 Tennis – the Australian Open: Tennis Australia CEO Steve Wood announced that the Australian Open 2013 total prize money will be a record A$30 million. This is a A$ 4million increase, the biggest single increase in the history of the event and comes as players campaign for more equitable distribution of prize money to help ensure financial viability for lower ranked players. Prize allocations have not been announced but in 2012, the Australian Open offered A$20,800 to first-round losers while the French Open paid A$21,700. Wimbledon paid A$22,100 this year and the US Open A$22,100 for players who lost in the first round. The Australian Open’s major sponsor is Kia, with new multi-year sponsorship deals with Rolex, ANZ, Jacobs Creek, Maxxis, Powerade and Mount Franklin.

The Australian Open is Kia’s longest running major global sports sponsorship. Interesting that the event is not Kia-branded/named. Kia develops a number of off-court fan engagement programs such as the Kia Amateur Open, and the Kia Fan of the Day competitions. Kia also has an extensive partnership with world number one men’s ranked player Rafael Nadal, as the company’s global brand ambassador.

UEFA broadcasting rights: European soccer’s ruling body, UEFA, signed an agreement with a newly created unit of Creative Artists Agency LLP, CAA Eleven, to manage the sale of broadcasting rights to qualifying matches for Euro 2016 and the 2018 World Cup. CAA Eleven will handle the sale of the rights that UEFA took over after promising its 53 member associations $1.5 billion, an increase on what they make through individual agreements. The UK Daily Telegraph reported that the company has offered 1.2 billion euros ($1.6 billion) to underwrite the sale, and may be backed by 2022 World Cup host Qatar.

The 2016 European Championship is to be staged in France, and the 2018 World Cup in Russia. If UEFA fails to achieve its goal, the governing body would have to dip into its 500 million-euro cash reserve. Because of that, some of the larger national federations have criticised UEFA’s plan, saying it would result in less money going to smaller associations for developing the sport.

Qatar, noted above, positions itself in sports, business and in cultural opportunities often by major acquisitions as well as by sponsorship. Qatar Petroleum has extended its interests into racing and equestrian events. 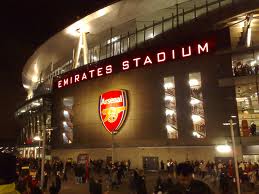 Airlines sponsorships follow the industry’s restructuring: The airline industry’s global sports sponsorship expenditure has hit $515 million per year. Emirates and Etihad dominate the sponsorship market, accounting for nearly half the overall amount spend on worldwide sponsorship by airlines. Emirates has committed an estimated $182 million annually solely on right fees – including the new Emirates Arena, one of the main sporting complexes for Glasgow 2014 Commonwealth Games, in the East End of Glasgow. The cost is some £5 million per year, but these 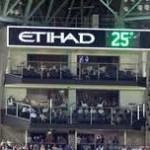 naming rights do not include the 2014 Games period.

The spend by US carriers is about $100 million per year. Their investment is noticeably targeted domestically. Delta and United are the largest spenders, while JetBlue, who considers sponsorship to be its main marketing tool, now spends more than Southwest, its biggest rival.

Troubled European airlines have cut back. Aeroflot is now Europe’s biggest spender, having acquired rights to the Sochi 2014 Winter Olympics and Moscow’s FC Central Sport Club of the Army, CSKA Moscow. British Airways, sponsor of the London 2012 Olympic and Paralympic Games and Turkish Airlines, supporting the Istanbul bid for the 2020 Olympics are the only other two carriers that are included in the top 20 sports investment list.

In Asia, AirAsia and Korean Air – read Incheon 2014 Asian Games, the Asian Indoor and Martial Arts Games in 2013 and almost certainly the Pyeongchang 2018 Winter Olympics – are the largest, yet sponsorship spend remains relatively low. Singapore Air has become sponsor of the new Singapore Indoor Stadium. Qantas and Virgin Australia have invested more than usual, essentially in local interests. Chinese and Indian airlines are expected to move into this market area.

Kim Skildrum-Reid has noted in her blog the “fewer, bigger” mindset. There has been a definite trend toward rationalising and streamlining portfolios so sponsors have fewer investments, and shifting toward larger sponsorships that can be used across many objectives, business units, and target markets.

While mentioning the Incheon 2014 Asian Games, Tissot has scored a first in becoming official timer for those Games.  Omega, Rolex and others are thought to have bid.

Longines has secured the timer position for the Glasgow 2014 Commonwealth Games.

Nike and Adidas: Any discussion of marketing positioning and trends in sponsorship can’t but include reference to Nike and Adidas. Both have extensive global positions and demonstrate pervasiveness across sports and athletes as well as cutting-edge engagement concepts to capture youth sport and non-sport markets. Their sponsorships are designed to gain predominance in sports gear and merchandise and range from Nike’s recent deal with the English Football Association to design and create the kits for men and women’s England teams at every level through to July 2018; and Adidas’ partnership with Real Madrid until the end of the 2019-20 season in one of the most lucrative kit deals in world football.

So, we’ll cover Nike and Adidas later, in a separate analysis.

And of course there are others we’ll look at also, particularly the interests of banks, credit card companies, telcos, car companies and the like.

There is a wealth of new and emerging business opportunity in working with sponsors. They need innovative guidance in development of themes, narratives, concepts and ultimately activation plans…across a range of technologies and target audiences. New Millennium Business can help you create a strategy and business plan to expand into this lucrative, business area.