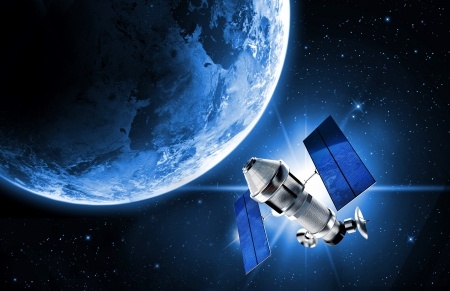 technologies. Aerospatial innovations – first prototyped on spacecraft and in war zones and publicly promoted in films like Gravity and Avatar – are key to an emerging goal among climate scientists to convert Fuller's 'operating manual' (logically a paper document in his day) to a 'system of systems' that could globally 'auto-pilot' solutions for managing our planet's environmental challenges.

Three floors of the City of Sydney's Customs House at Circular Quay will display extraordinary earth observation (EO) imagery and videos from international space agencies and satellite operators, in an exhibition from 23 May through June. It will co-incide with the first half of Sydney's annual Vivid light festival and the last half of this year's Biennale of Sydney.

The Spaceship Earth show will promote both the Digital Earth vision (a term first coined by Al Gore in his 1992 book Earth in the Balance) and the Global Earth Observation System of Systems (GEOSS) project, which is being co-ordinated by the G8's intergovernmental Group on Earth Observations (GEO) in Geneva.

Posted with thanks to Davina Jackson at D City and the Spatial Industries Business Association.