With the election campaigns well under way in Australia, it is timely to offer a couple of non-political comments about business conditions and shifts that will have some impact on our events businesses for some time. Not only impact but with the changes come a new set of opportunities for events companies. 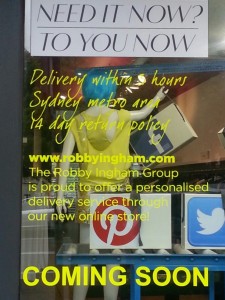 Let’s quickly look again at retail – we’ve done so before.  While many businesses here are under serious margins and cost recovery pressures, it seems the plans of several overseas majors to set up in Australia are proceeding. Already, Williams-Sonoma has opened a suite of brand stores from their stable; as have Zara, Topshop and courtesy of Oroton, Brooks Brothers. Marks and Spencer joins the list of Uniqlo, H&M, Forever 21 and River of businesses making ready to open.

Following in Apple footsteps, Samsung has ‘gone retail’ with service and sales stores. This is likely to be followed soon, in the US and rapidly in Australia by Google and Microsoft as they both move increasingly into new tech hardware. What could you do for these companies?

Not by chance, with the tech market still hot yet ultra-competitive, David Jones has done a three year deal with Dick Smith, until not long ago owned by Woolworths, to operate all DJ’s electronics in-store businesses. This will result in Dick Smith having as many stores as before their fairly radical reductions of the last couple of years.

The luxury segment will still grow, albeit that margins are tightening. There are signs of at least two more top-end brands to open in Australia and now, watch out for a possible ‘advent’ of luxury car shops, offering merchandise and a range of new experiences. Luxury brand companies are being seen more engaging not just with their immediate market and customers, but also making local social commitments, such as Louis Vuitton’s support for the Sydney Childrens Hospital Foundation. Experiential marketing and retail concepts may take on new dimensions with the move by Lexus (Toyota’s very successful top-end brand) to introduce merchandise and sales stores in the US and it will more than likely be followed by Accura (Honda), Infiniti (Nissan)…and thus why wouldn’t Mercedes, BMW, Jaguar and others, even the pretenders, try out.  This is all about a rebuilding of brands, loyalty and sustaining production by way of creating, extending and differentiating the experiences of owning, driving and becoming emotionally attached to those cars.

In a different market segment, Woolworths’ foray in DIY has hit cactus. This is the expansive Woolworths which includes BWS liquor stores, many Caltex petrol stations, many pubs and quite extensive property holdings. Masters has been under-performing against budget and against market expectations and looks like registering over $150 million loss this year, much more than anticipated. Masters is owned two-thirds 3rd by Woolworths and one-third by Lowes of the US. An enormous investment has been made with 77 stores already opened. Masters estimates its total market at $14 billion. The model takes templates from Lowes’ experience, combined with extensive research here, yet it is proving much more difficult than was indicated at the euphoric launch of the business. This is another example of substantial change and shifting consumer patterns and interests which are bedevilling the retail industry and this applies across the board to financial services, housing and most sectors other than food and gambling. 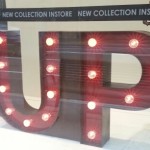 Around Australia as in other countries, we have many retail stores vacant. People buying habits have changed. It’s not just the online impact. People now don’t necessarily just go shopping to fill their time – there are so many other options as well as the enormous amount of time we all spend now on and with technology – for social and business purposes. So while there is a painful, in some cases, readjustment in the high street market, many local groups are forming to establish or recreate a local brand, to market their strengths and attractions and to pull back that vital foot-traffic. I think this spells more local events, street festivals with new character, and a variety of ideas to regain neighbourhood identity. We’ll see.

The latest edition of “Back on the Block”, talking about the Business of events, is available at http://eepurl.com/D88TL