News Paralympics and their champions glow

The gathering commercial opportunities are being recognised 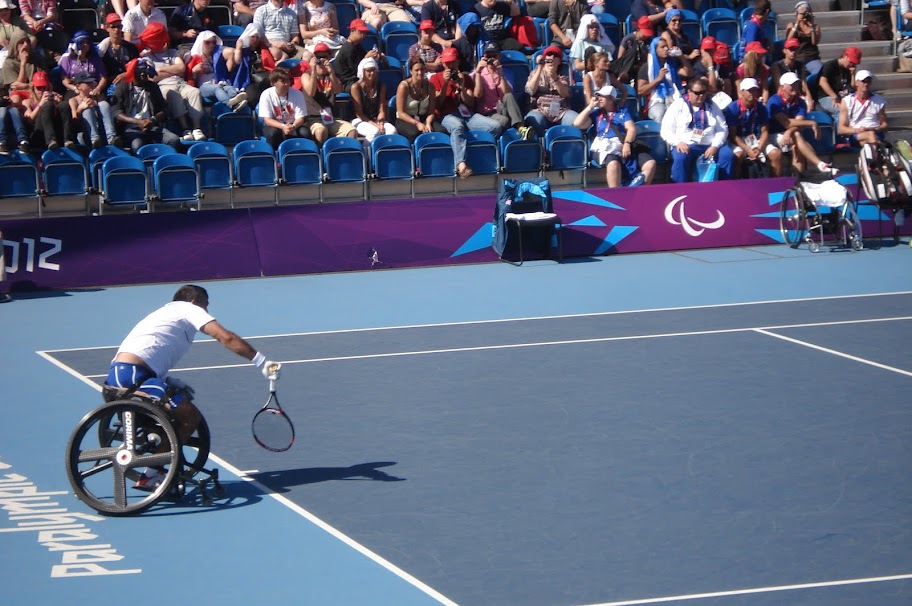 The London Olympics, marvellously entertaining and engagingly and well-presented, were a suitable prelude to the successful 14th Paralympic Games which come to an end this week. After a fairly ad hoc conclusion in Atlanta, the Sydney 2000 Paralympics hit a high spot. Athens and Beijing elevated the Games giving the whole Paralympics story good profile.  Now London has propelled Paralympics and Para-athleticism well into the spotlight. The friendliness and attendances at the London Games, matched in recent Games only by the enthusiasm in Sydney, are outstanding.

So, after many years of struggle, Paralympics and para-athletes are being lauded in a way not seen before – great for the movement and the competitors in that the doors to sponsorship and other much-needed revenue streams is being prised open. Not since Sydney has there been such an apparent public appeal and acceptance of Paralympic sport as a high performance sport.

Tickets sold out for most events. Organisers expect have sold more than 2.7 million tickets generating about £45 million. Most of the tickets were available for £10 or less compared to the hundreds of pounds charged for many seats at the Olympics, in contrast to previous Games where tickets were often given away. A cumulative total of more than 4 billion people are expected to watch the London Paralympic Games on television, compared to 3.8 billion for the 2008 Beijing games and 1.9 billion for Athens in 2004.

Six disability groups compete in the games: amputee, cerebal palsy, intellectual, wheelchair, vision impaired and Les Autres. Some Paralympic sports feature different rules, scoring systems and progression which are different to their Olympic equivalents.  The Paralympics are neither a charity nor a cause. Like their Olympian counterparts, Paralympians are like their Olympic counterparts – they are just interested in capturing that medal. The competitive spirit breeds ingenuity [Nicole Genilas].

For Australia, Jacqueline Freney became Australia’s greatest paralympian in a single Games, claiming her seventh gold medal. 20-year-old Freney, who has cerebral palsy diplegia, and 23-year-old Matthew Cowdrey, who has a congenital amputation of the arm, have between them won 11 of the 14 Australian gold medals (as at 8 September!). 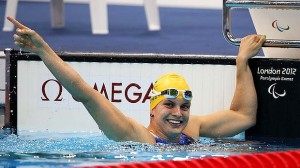 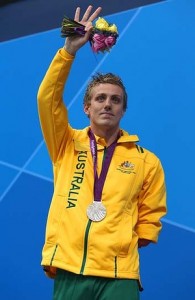 The London Paralympics have their own sole, major sponsor, British supermarket Sainsbury who paid £20 million pounds for the right. Sainsbury sees the Paralympics as a ‘challenger brand”. Interestingly, and in contrast to the Olympics, Sainsbury and other sponsors are able to advertise at the venues. Jat Sahota, Sainsbury Head of Sponsorship noted that “The Paralympics plays strongly to three of our five values. Being best for food and health because everyone should have access to a healthy lifestyle regardless of ability; making a positive difference to our communities because many Paralympic athletes are rooted in theirs; and being a great place to work – it is very exciting for our business to be able to involve our people in the games. The Paralympic values of determination and equality connect with our organisation.”  The retailer, a first for the Olympic and Paralympics, sees its local presence enhanced… “our sponsorship particularly resonates with families, especially mums.” Sainsbury was able to exploit its sponsorship through digital and social media, using Global Media Vault, its own online tech company, acquired in 2011.

Along with Sainsbury, all the tier one national Olympic sponsors were signed up as Paralympic sponsors. EDF Energy, BT, Cadbury, Lloyds TSB, Procter and Gamble, McDonalds and others have been actively promoting the Games and their own connected branding, consumer engagement and staff motivation. Channel 4 was UK broadcaster and most of the advert slots sold were been picked up by Paralympic sponsors (as was the case for Olympic advertising) as against non-sponsors.

The International Paralympic Committee (IPC) has four worldwide partners: Otto Bock Healthcare, Visa, Samsung and Atos. Otto Bock Healthcare operates in the product categories of’ Therapeutical Medical Devices’ and ‘Rehabilitation and Mobility Healthcare Products’, an area vital to para-athletes.  Additionally, the IPC has an International Partner contract with financial services giant Allianz. Allianz has been a partner since 2006. In 2011 the linkage became exclusive. In addition to offering financial support to the Movement, Allianz has been creating awareness campaigns for Paralympic sports and inviting Paralympians into the company to hold motivational sessions for employees, managers, agents and clients, thereby increasing the pool of Paralympic ambassadors around the world. Allianz is a “National Supporter” of ten National Paralympic Committees (NPCs) on a local level and Allianz Australia has become a sponsor of the Australian Paralympic Committee.

The ‘con-joining’ by Visa, Coke and Atos of Olympic and Paralympic sponsorship provides valuable marketing and consumer engagement at little extra cost over their primary Olympics sponsorship. Olympic sponsoring is an expensive business; the activation usually moreso; and the extension of their brand into Paralympics and para-sports creates a value and perception without easy comparison.

Marketing and brand development around Paralympics is not about sympathy. It is focused on supporting high achievement and moving those with disabilities beyond the perceived limitations that they strive to overcome. The worldwide sponsors are drawing much praise, particularly in consumer markets. Atos struck a problem in the UK. The French firm, which has £3.1 billion of government contracts in healthcare / hospitals administration and related programs, is facing accusations that its assessors are classifying seriously sick and disabled people as suitable for work. More than 40 doctors and nurses working for Atos have been reported to medical regulators for professional misconduct amid growing concerns that disabled people are being wrongly deprived of benefits.

Otto Bock is one of a handful of companies operating in this highly specialised area. The company has assembled 80 prosthetists, orthotists and wheelchair technicians, brought in from all over the world. They operate at 13 specialist workshops set up in the village and at competition venues to repair and replace the highly specialised equipment that Paralympic athletes depend on. For Otto Bock, there is no other equal or near-equal advertising opportunity.  About 60 per cent of the repair work and new equipment handed out at the workshop is for competition. The rest is for everyday use.

The IPC has not escaped the pressures from athletes to gain more independence in recognising their supporters. Australia’s fastest disabled athlete, triple Paralympic gold medalist Evan O’Hanlon, taped over the logos of multinational sporting companies on his clothing and shoes to protest their lack of financial support for disabled elite athletes. He and a handful of Australians did this, hiding the logos of the multinational sporting companies on their running shoes and other racing apparel. Those being blacked out are the ones that are regarded as failing to support our Paralympians. Scott Reardon commented, ”If we wear that advertising on our shoe out there, we’re watering down the support of companies who give something back to the Paralympic movement in their sponsorship. I don’t want to devalue that.” 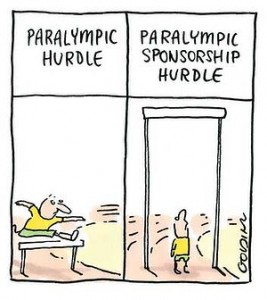 We should all applaud and keep supporting

Perhaps in the US, UK, Australia, Canada and China some disabled athletes will now become known, even house-hold names. In the US, the remarkable decision by NBC not to broadcast the Paralympics should not be allowed to pass by – by the IOC-IPC. Continued support is as much a need as for able-bodies athletes. Dave Arthur at the business school of Southern Cross University has noted that “sponsorship of Paralympic athletes is better equated with the sponsorship of minority or less popular sports, rather than the high profile, mainstream, iconic sports. Take sailing as an example. According to the Australian Olympic Committee (AOC) website, prior to London 2012 a total of seven gold, four silver and eight bronze medals have been won by Australian sailors since their first gold at Tokyo in 1964.”  Bar fellow competitors, close relatives and the odd trivia aficionado, few would be aware of those sailors or their magnificent achievements. “While the America’s Cup and some ocean races can attract significant corporate investment, sailing at Paralympics has little marketing clout and suffers an according lack of sponsorship.” We can change that.

Addendum 14 September 2012: Sainsbury announced its Games legacy project, which will see it invest £1 million over the next four years to get more disabled children in school involved in sport. The company has also extended its sponsorship deal with the British Paralympic Association through to the Rio 2016 Paralympic Games.

New Millennium Business is a strategic, marketing and project management adviser in the business of major events. We work with companies, sports organisations, event organisers and host cities and their stakeholders to understand and interpret relevant trends and deliver successful events. Eric Winton, writer of this article, is a director at New Millennium Business.