News Is there a ‘fan base’ for large multi-sport events?

Is there a ‘fan base’ for large multi-sport events?

The Glasgow Commonwealth Games are just 3 years away. The Toronto PanAm / Parapan Games are in 2015, as are, in Australia, the Asian Football Cup and the ICC Cricket World Cup. It’s just a year until the FIFA World Cup in Brazil and around 6 months until the Sochi 2014 Winter Olympics get underway. In a few days time the IOC will select the host city for the 2020 Olympic and Paralympic Games. Whew, how exhausting is all that!

It is worth considering, in the light of these large multisport events, just how important is loyalty to the sports presented as well as loyalty to the events.  Indeed, does the conventional formula for loyalty and fan engagement in sport prevail in these cases? And how reliant these events really are on sponsors, their own formulae for engagement, and broadcast connectivity and revenues.

At the end of the day, while the governments’ responsible underwrite and indeed foot part of the bill for making ready the host cities, as well as implementing longer term urban, infrastructure and brand development projects, the reality is that viewing audiences outside the arenas of sport are the ones who essentially count for the broadcasters since they need to secure a ready return for the exclusivity they negotiate at substantial cost.    The networks provide access to, atmosphere around and knowledge attached to peak athletic performances that these events often deliver.  Beyond that, how does the atmosphere, the local characteristics and personal enjoyment, that is the experience of being at the venue, get conveyed? There are few really memorable moments that get delivered beyond the field of play and it is those that the broadcast networks, having paid multi-million dollars for their broadcast rights, seek to exploit and in some sense gamble on being able ‘score’.

But of course, engagement with sports fans in these circumstances is different to the game-time loyalty and affiliation that occurs within with individual sports clubs and teams. 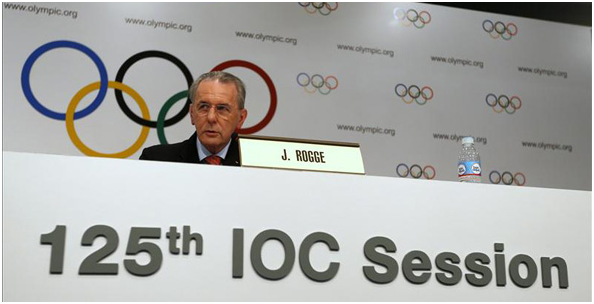 International multi-sport events garner a type of nationalism. At play is the emotional connection and reward not only of the athletic performance but also a strong theme of pride, esteem and loyalty that comes from a national athlete’s exceptional performance. That athlete and their sport stand tall or stand to fall should there be issues with doping or some other foul, or even inappropriate behaviour. Not all of that is intended by the athletes – woe the ‘accidental tourist’- for example, it seems the atmosphere at Sochi will at best be tainted in view of the recent laws making illegal the demonstration of being gay while meticulously avoiding making illegal the practice of being gay. This has raised ire in many quarters, undoubtedly impacts perceptions around the world, and is yet to be played out.

Ahead of the decision between Istanbul, Madrid and Tokyo for the 2020 Olympic and Paralympic Games, each city has been frantically promoting itself across a range of country, city and events performance characteristics and each has been loudly trumpeting its very high levels of support being demonstrated and voiced by their own citizens. This is city and place brand marketing and brand elevation that has been taken to new heights. The competition is intense.  Each has already invested much into sport, sporting venues, a range of facilities and so want to see the fulfilment of those investments, at least in part, through an Olympic and Paralympic Games.

The truth of the matter is that this association of infrastructure, legacy, host city pride, and related forms of nationalism, seeking the avenue that sport provides to re-establish and re-position the brand of those cities globally is quite separate to the questions of engagement –the questions of who comes?  who can afford to come?  who will watch?  how will they watch?  and what will they see?  It is instructive to consider the 2014 World Cup in Brazil. These questions posed are inextricably tied with the pricing of tickets for the events and in many cases in Brazil the price of seats even for mid-competition World Cup games is far beyond the economic circumstance and affordability of the average football fan. They are excluded by a stroke. This is surely a useful lesson for the IOC and Olympics hosts.