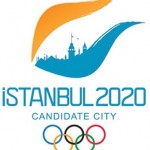 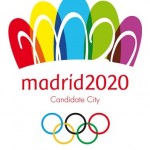 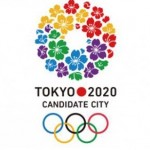 The IOC’s Evaluation Report has been released. The report’s mandate is to provide a technical risk assessment to assist IOC members ….and the report notes that “it is clear that investments in Olympic bids will create positive legacies irrespective of whether a city is awarded the 202 Olympic Games.” The report seeks to vindicate the costs involved as generating a mini legacy in their own right.

Each bid is regarded as being of high quality. It makes no immediate comment on the legacies promised by each bidding city, but it does say “that each city offers a unique approach to organising the Games . . . in its vision, concept and legacy.”

All three bids are regarded as being of “an extremely high level [of quality] and demonstrate detailed planning and comprehensive strategies in technical and operational matters, as well as many other areas including sustainability, the environment, legacy (both for the 2020 Games and for the bid itself), accessibility and integrated city development.”

iSportconnect says that all three 2020 Olympic bid cities emerge with flying colours from the assessment and that the report draws no conclusions and offers no recommendations.  InsidetheGames believes “Overall, Tokyo probably receives the best report from the Evaluation Commission out of the three bidders, with attention drawn to its strong economic position and the support of the business community. The Tokyo Metropolitan Government has already ring-fenced $4.5 billion (£2.8 billion/€3.3 billion) to help fund the Games, which earns the approval of the Commission.”

The final vote to select the host city will be at the 125th IOC Session [congress] in Buenos Aires on 7 September.

Each bid is required to substantiate and guarantee its delivery funding. In fact, both Istanbul and Tokyo were given a mild rebuke over initial suggestions of funding potential deemed to go beyond the IOC’s cost-control criteria.

There were just a few misgivings noted by the IOC. Istanbul’s bid addresses an environment theme. The IOC’s report underlines a need for caution regarding the cluster proposed site for golf, equestrian and a second basketball arena. This is an “important plant area” which “would need to be developed and managed with great care to ensure its conservation status is sustained.” A further challenge identified by the commission goes to the heart of the Istanbul concept of ‘one city, two continents.’  The vision of staging the Games on both European and Asian sides of the Bosphorus means “Olympic client groups would experience longer travel times and potential operational challenges.”

The Evaluation Commission praises the multi-billion dollar transport plan currently underway in Turkey's financial capital. But it warns: "Due to the estimated traffic growth the Commission believes that the risk of road congestion during the Games remains high, particularly in the coastal and Bosphorus zones." The report raises a minor question about space in the Taksim precinct. This cluster will host the rugby sevens at the İnönü Stadium and the weightlifting at the Congress Valley Auditorium. This is really not much of an issue except that Taksim has been the focal point of recent demonstrations.

Tokyo was praised for its transport arrangements but the high price for city-centre accommodation was questioned. Tokyo, “with one of the most modern and efficient public transport systems in the world, the majority of client groups would enjoy short travel times. The concept lends itself to the possibility for Tokyo to create a city-centre Olympic celebration.”

A major concern within the Olympic movement has focused on energy provision in one of the world’s most volatile earthquake zones. The commission said it was satisfied that energy levels were now back to working capacity, two years after the devastating earthquake and tsunami. Concerns about the vulnerability of  the Tokyo Bay area had been addressed with the ongoing implementation of robust new sea walls and breakwaters.

Madrid presents “a very compact Games concept” which “lends itself to . . . a city-centre Olympic celebration” with “no major transport infrastructure investment required.”

The report states "The use of existing venues and the completion of those under construction would reinforce the strong sporting foundations Madrid already offers to its elite athletes and inhabitants." Concerns are raised about Spain’s 'relaxed' approach to doping.

The difficult state of Spain’s economy hangs over the Evaluation Report’s comments.

Some details from the Evaluation report (mainly quotes from the report) follow:

- Legacy planning is well thought out and fully aligned with long-term government strategies, including the “National Sports Plan”, a government objective to construct new sports facilities to improve health and social cohesion by increasing participation in sport at both elite and community level.

- Plans for the Opening and Closing Ceremonies are both innovative and ambitious. Ceremonies would be held in a new 20,000 seat entertainment venue (with temporary expansion to 70,000 at Games-time), to be constructed on the shores of the Bosphorus on the Asian side of the city. A commitment was provided that the athletes would be seated and able to view the whole of the Opening Ceremony.

- Istanbul proposes 38 venues divided into 4 zones and 7 clusters.  All sports are hosted in Istanbul, including some of the preliminary football games, and all venues are within a 30 km radius of the Olympic Village.

- Approximately 70% of competition venues would need to be built and several sites would require site preparation prior to construction.

- The Olympic Village would be converted into a residential community for social and market rental housing.

- Istanbul 2020 proposes to use the four Olympic Zones for the Paralympic Games, with a total of 21 competition venues.

- There will be four Directorates, for Security, Transportation, Olympic Games and Construction, responsible for the operational delivery of the Games.

- Legacy plans are well thought out and incorporate physical, social and environmental initiatives. An “Olympic Legacy Commission” would be created. Many of the physical legacies concern the development of the Tokyo Bay area which would include new venues for sport, leisure and entertainment.

- The Opening and Closing Ceremonies would be held in a new, 80,000 seat stadium to be built irrespective of the Games on the site of the 1964 Olympic Games stadium.

- 15 venues already exist. 13 are in excellent condition and two would require permanent works; 10 venues would be temporary and dismantled after the Games; 9 venues would be new, permanent Games-dependent construction.

- The Olympic Village developer selection would take place mid 2014 with permanent works design and construction from the third quarter of 2014 to mid 2019. The financing of the development is underwritten by the Tokyo Metropolitan Government (TMG). The Olympic Village would be converted into a residential community, sites for international exchange and multi-generational activities in education, culture and sports.

- All Paralympic venues would be within 20 minutes of the Paralympic Village located at the intersection of the two Olympic Games zones, with the exception of shooting.

- With its excellent existing, modern and high-capacity transport network, Tokyo would not require any additional transport infrastructure to host the Olympic Games. (There is) a good basis for minimising the environmental impact of the Games.

- The Governing body, the OCOG, would be constituted as a separate entity with legal status. All necessary Games-related operations and services would be managed through a number of departments that would report to the Board of Directors…. also establish the “Bureau of Olympic and Paralympic Games” to coordinate all TMG work related to delivering the Games. (Shades of Sydney…?)

- Madrid’s vision focuses on social and economic development. Taking advantage of its existing, modern infrastructure, Madrid 2020 seeks to demonstrate that the Olympic Games can be organised with low financial investment without compromising the delivery of a high quality Olympic experience. The bid is motivated by the belief that the Olympic Games would act as a stimulus for sustainable economic development and employment opportunities, particularly for young people.

- All venues to be located in Madrid (with the exception of sailing and football preliminaries). The majority of competition venues would be situated within two large zones. Madrid 2020 commits to building new permanent venues only where a long-term sporting legacy is guaranteed.

- Madrid seeks to contribute to the continuation of the city’s regeneration and the integration of two major urban areas. Initiatives include establishing Madrid as a hub for international and national sport.

- The Opening and Closing Ceremonies would be held at the existing Madrid Stadium in the Olympic Park (Campo de las Naciones Zone) currently under reconstruction and being upgraded to increase capacity to 65,000 seats.

- There will be 28 existing competition venues, with 7 venues to be constructed (4 permanent and 3 temporary). All venues located in Madrid would be within a 10 km radius of the city centre. Athletes would be able to reach all competition and training venues within approximately 20-25 minutes.

- With the exception of sailing, to be held in Valencia, all Paralympic venues would be within 15 minutes of the Paralympic Village.

- The OCOG would enjoy legal status and have a two-tiered governance system:  An Executive Committee representing all stakeholders and led by the City and the NOC; A Board of Directors with specific responsibility for guaranteeing that all Games delivery obligations are met. The Board would report to the Executive Committee.

We figure that Tokyo is running with its nose just ahead of the others….