News Coca Cola and Pepsi shape up for the World Cup

Coca Cola and Pepsi shape up for the World Cup

A few days ago we described the start to a big Nike vs Adidas battle for market share and commercial take-out from the World Cup. Bearing in mind Nike is not a sponsor while its rival is.

Now the heat is on with Coca Cola and Pepsi shaping up. In this case, Pepsi is the non-sponsor and so, their approaches differ. 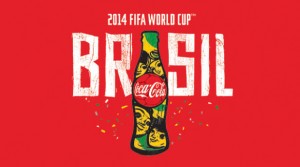 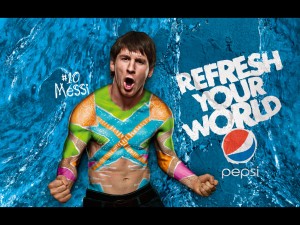 Coca Cola’s marketing program is named "The World's Cup", with a focus on the role of football in the community, how it drives inclusiveness and a connected world. One theme is simply the love of the game. Coke will release of a series of authentic, documentary-style films championing the power of football to bring people together. Each shares the story of fans who are using the game to triumph over adversity and inspire others to do the same. This will be the largest campaign in the company's history.

Pepsi is building on celebrity footballers with whom it is already engaged, including Lionel Messi and Robin van Persie. In the Pepsi #FutbolNow World Cup campaign, both feature in a new TV ad, ‘Now Is What You Make It’, set in Rio de Janeiro. The theme picks up on the deep football culture in Brazil. I guess there is no mention of the World Cup.

Both companies will be seeking to capture You Tube, Facebook and other social media channels for engagement, pumping brand awareness, user-generated content and ultimately taking a greater share of the soft drinks market. Coca Cola seems to be trying to spread a fairly serious message about under-privileged communities while Pepsi just makes it fun. How will they fare? In the first days of release on You Tube, Pepsi out-gunned Coca Cola considerably…but it is early days.

Here…you have a look and decide which appeals, which you recall, which sells.