Part 7 of the story of Brazil 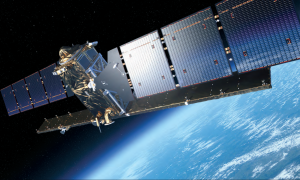 Security is, of course, a big issue and I don’t intend to dwell much on it here. Suffice to say that a lot of government, state, municipal and local (yes, they’re all with their own) police and military are being drafted, ready for action – apparently as many as 170,000 in total, including several thousand military – and one has to wonder just how well-trained they are in civil and football related unrest compared with full-on gangster stuff and crime. The security guys have been beset by overseas suppliers of many technologies to support security plans, some of which are proven others very much at a trial stage. If and how they perform and whether appropriately used will also be a burning question in the event of major confrontations. FIFA would like to see a total blanket on anything that moves other than football but of course that’s not going to happen.

the favelas.  Their work has mainly been in the favelas close to tourist areas. While active and indeed with actions leading to rises in deaths in UPP initiated incursions, there is some view that this has become more of a PR exercise rather than a genuinely intended approach to solve problems or manage public security. 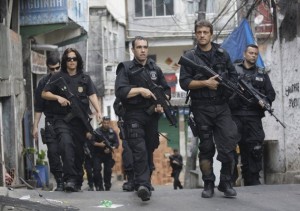 According to Nicole Froio writing in The Guardian, the Brazilian media has regularly painted UPPs in a positive light. But ask any resident of Rocinha, Brazil's biggest favela, and they will tell you that the policemen placed in the pacifying units are untrained and abusive, and often use unnecessary violence. Although they claim to be there to protect the population, there is hardly any policing during the night, which allows crime to roam free; there are numerous dark alleys, and streets that are neglected during the night. Residents of Rocinha, Complexo do Alemao, Complexo da Maré and scores of other favelas still don't have basic services.

Brutal police tactics, involving the abduction and torture of some residents, only some of which is revealed, results in much underlying anger. There is a lot of suspicion and resentment towards the police.