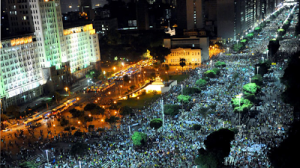 From many cities around Brazil, the pictures and stories of large protests were beamed world-wide. Another high-flyer too close to the sun?  There is little doubt that the media have seized on the current disturbances, coinciding with the Confederations Cup, in Brazil as an opportunity to throw up many issues and for some to say or suggest ‘we told you so’. In Rio de Janeiro, the view of demonstrators matched the crowds that celebrate Carnival. The issues that are besetting the country indeed beset many emerging nations. Having said that, there is clearly a sense of unrest and discontent among the population which in general has experienced improving incomes and better living standards yet find themselves well short of much that was promised or hoped for, especially in the areas of education, health, housing and public services. Certainly, one focal issue is the quantum of resources that have gone into the current and 2014 Football World Cup.

There are known inefficiencies and certainly known corruption at many levels of government. These have been endemic in Brazil, notwithstanding the opening of the economy and society. Brazil is still essentially run buy a small group of connected people which has widened to include leading business people, many of whom have benefited immensely by their closeness to politicians and their ‘first cut’ access to much of the new development in the mining sector, infrastructure and construction. An example is Eike Batista (holding company EBX), who’s estimated wealth was $34.5 billion in March 2012, and is now, according to Bloomberg, less than $5 billion. Indeed, Batista is reckoned by some to be substantially in debt and despite political support he has received, the several of his 6 listed companies may be at risk of imploding.

The Independent newspaper commented that “Footballers are becoming politicised. The Brazil players David Luiz, Dani Alves, Hulk and Fred spoke in unison, supporting those who took to the streets. Neymar accused his government of ignoring their "obligation" to the Brazilian people.”

It is quite likely that the disturbances across Brazil, which started as a protest against sudden increases in local bus fares of 10 and 20 cents will give cities ‘licence’ to make decisions locally that suit their situations; and as the final phase of preparation and then hosting of the World Cup comes around. FIFA has already had some difficulty in managing its requirements through to the local city and stadium authorities in the 12 cities which are hosting the football World Cup. This has a lot to do with a structure of organisation by which the Brazilian government and host cities are required to spend and deliver while receiving very little of the financial benefit of the World Cup. This was certainly the experience in 2010 in South Africa where FIFA collected some $2 billion, leaving South Africa to fend for itself in the final management and ongoing support of the venues most of which were designed especially for the World Cup — and all this without the benefit of the much-hoped-for boost to tourism for the country.

Moreover, it seems that there has been some mischief, to say the least, about the way money allocated for the World Cup has been spent. Early plans openly envisaged private investment in stadiums and public investment in infrastructure and services. In fact, little private investment has been committed andthe stadiums, mostly with cost over-runs, swallowed the government's money. New and green technologies and materials have exacerbated the costs and are largely delivered by overseas companies. And it is now apparent that the government will need to fund the ongoing maintenance and some operating costs of many stadiums…some estimates place that annual cost at 10% of the capital costs. Ouch!

The Independent newspaper wrote that “Once major sports events become a focal point for social unrest and political opportunism, in the way such global governmental summits as G8 attract activists, they are an embarrassment rather than an embellishment to a nation's image.”

“Should they revert to type, the men who run organisations such as Fifa and the IOC will only trust themselves to partner undemocratic and unyielding regimes. The natural extension to football's World Cup cycle, following dubious staging posts in Russia and Qatar, is to pitch up in North Korea.”

“Yet they are deaf to those who resent their irreconcilable privileges.”

In response to the protests, the transport fare hikes were reversed and the Dilma Rouseff government has announced a $25 billion transport and services program. Sao Paulo Mayor 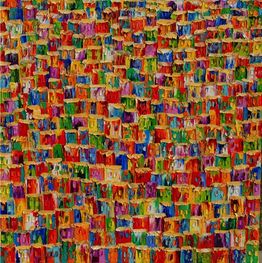 Fernando Haddad bemoaned the reversal would mean less funds available for city investments.  It was noteable that the demonstrations did not have a single focus of discontent. Have look at this interactive published by the New York Times, indicating the range of issues that were taken up by demonstrators.

The economy is not faring well compared with recent years although it is certainly not in a parlous state.  Annual inflation is moving above expectations at 6.5% and probably more in reality, pushed by a falling Brazilian currency. The earlier attractions to international investors of Brazilian assets has waned. Economic growth in the current year maybe about 1% with expectations that it will rise 2 – 3% in the following 2 years. Most critical may be the way in which the government manages policies relating to local taxation, special tariffs on imported goods, incentives for local production and personal income tax as it endeavours to transform Brazil's economy into an internationally competitive shape. This will be complex and more difficult than anticipated, likely to drag out for many years and bring with it continuing social unrest.

New Millennium Business has brought you a string of articles on Brazil, sport and the business of events. More items were reported in "Back on the Block", to which you can subscribe.