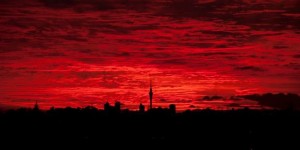 The SportBusiness Ultimate Sports Cities Awards are the internationally recognised and longest established rankings of the world’s top sports hosts. They have been held every two years since 2006. Separately, five city shortlists have also been announced for the Extra Large, Large, Medium and Small city categories. Melbourne and Sydney are included with Singapore, Berlin and Cape Town in the Large City category while Auckland sits in the Medium City shortlist with Copenhagen, Dubai, Kuala Lumpur and Paris.  The final results will be announced at the SportAccord International Convention in Antalya, Turkey on the morning of 10 April.

Auckland has taken third spot in Mercer's 2014 Quality of Living rankings for the second year in a row, cementing its position as a world-class city. Auckland features behind quality European destinations Vienna and Zurich, in first and second place respectively. Mercer praised Auckland for its stellar quality of living and said that Auckland's ranking in the top three cities reinforces New Zealand as an attractive destination for overseas expatriates.

In February Auckland made it through what has been described as one of its "greatest weekends". The City of Sails' hosted three big events that drew more than 200,000 people, a demonstration that the city can live up to its new marketing campaign "The Show Never Stops".

The successful handling of large crowds by agencies and hotels, bars and restaurants has also prompted city leaders to call the first NRL Auckland Nines tournament an economic game changer. And it doesn't look like ending anytime soon. The Nines will be back next year and the year after that as Eden Park has a contract to host the event through to at least 2016. An option then exists to extend it for an additional two years.

The domestic visitor market is worth $1.3 billion a year to the city's economy and the Auckland Tourism, Events and Economic Development (ATEED) visitor plan aims to raise the value to $2 billion a year by 2021. ATEED has a $1 million budget this financial year for the campaign and its private sector partners a similar sum. ATEED is Auckland's economic growth agency.

Eden Park in Auckland is a major contributor to the economic well-being of both the nation and its largest city. In 2014, the Eden Park Trust forecasts activity at Eden Park will contribute around $90 million in gross domestic product (GDP) to the New Zealand economy. $72 million of that will be retained in Auckland.

These figures are contained in a study by research company Fresh Info Co that looked in to the contribution Eden Park makes to the Auckland and New Zealand economies. The study follows the release of The Eden Park Trust's annual report which shows 2013 was a year of good progress for the 50,000-seat stadium.

America's Cup: A study by Market Economics finds that overall there was about $67 million net benefit to the New Zealand economy. Between them, Team NZ, Luna Rossa and Oracle injected about $159 million into the economy between 2007 and 2013 and the equivalent of more than 2000 jobs.

SportAccord...we should applaud ATEED taking an exhibit for Auckland to the SportAccord Convention exhibition, in Turkey. This is a pre-eminent event in the global sports and major events calendar and a great place to become further recognised. They are joined there by New Zealand Major Events.  Watch out for some big new events in Auckland!