Tokyo 2020 Games to be Built on Delivery, Celebration, Innovation 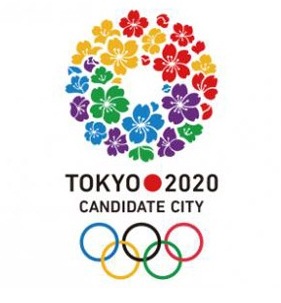 Tokyo, 8 January 2013 – The Tokyo 2020 Bid Committee revealed its vision for the Olympic and Paralympic Games today, promising Games built on Delivery, Celebration and Innovation. Driven by a “forward-thinking” approach both to hosting and Games legacy, Bid leaders promised Tokyo will use sport to help continue the creation of a sustainable society and deliver a full range of positive physical and social Olympic legacy initiatives.

Delivery: Tokyo will provide guaranteed quality and maximum benefits. Certainty in delivery will be assured by the financial strength, world-leading infrastructure and hosting experience of one of the world’s safest and most welcoming cities. Delivering early will allow focusing on the crucial ‘extra’ elements that will help set Tokyo’s celebration apart.

Celebration: Tokyo will stage an exciting and welcoming celebration that will inspire the youth of the world. The Games will take place in the very heart of a truly dynamic global capital, fully-integrated with the life of its 35 million people.

Innovation: Tokyo will use all the creativity of the world’s most forward-thinking city to benefit sport and the Games, and take the Games to the capital of the future – the city that continually sets global trends in everything from fashion to technology.

Takeda said, “The Bid is highlighting its ability to deliver Games in the heart of the city with guaranteed quality and maximum benefits. Many of our venues are in place; most of the Games infrastructure is in place; the USD 4.5 billion dollars budget to complete these tasks is already in the bank. This means we can focus our energies on ‘the extras’ that will ensure the best Games experience possible for athletes, Olympic and Paralympic Families, and spectators alike. Tokyo will create a legacy for the city, the country and global sport.”

Governor Inose followed by emphasising the city of Tokyo’s rock-steady backing: “The Games plan Tokyo proposes encompasses all of Tokyo’s assets as one of the world’s most forward-thinking cities. More than anything, the city of Tokyo will be in the centre of all activities to ensure a successful Games.”

Shimomura underscored the fact that Tokyo’s Bid has full government support. “The Tokyo 2020 Olympic and Paralympic Bid enjoys unanimous cross party support, and newly elected Prime Minister Shinzo Abe’s first direct order to the Ministry of Education, Culture, Sports, Science and Technology was to realise our goal of hosting the 2020 Games, and continue in our aspiration to further promote Japan as a sports nation.”

The redevelopment of the Kasumigaoka National Stadium, built for the Tokyo 1964 Games, will be a vivid demonstration of Japan’s cutting-edge technology; with a capacity of more than 80,000, the stadium will offer athletes and spectators state-of-the-art facilities and a breath-taking atmosphere.

The stadium will first serve as the main stadium for the 2019 Rugby World Cup to be hosted in Japan, and will be positioned as the centre of sports and culture not only for the country, but for all of Asia. Shimomura added: “It will be an all-weather facility with a retractable roof. In addition, the stadium will exemplify Japan’s propensity for high technology with cutting-edge audio equipment, and movable seats depending on the competition or performance.”

In Tokyo, philosophically and geographically, athletes will be at the centre of the Games. Athletes will live and compete in downtown Tokyo, and will take centre stage. 85 per cent of the Tokyo venues and all Olympic Family accommodation will be within eight kilometres of the Olympic Village.

Tokyo’s Candidature File details a range of ‘winning assets’ as well as both tangible and “soft” legacies that the city, the country and global sport can expect if the Games are hosted in Tokyo in 2020, including:

- International Exchange Plaza (IEP), the part of the new Olympic Village development, devoted to sport in legacy. It will house national and global cultural, education and sporting institutions, ensuring the legacy of Tokyo 2020 will be a hub for international exchange research, events and cooperative projects.

- Tokyo Bay Zone: Tokyo will see the birth of a new sports and entertainment district in one of the city’s most desirable waterfront areas. It will be the focus of a plan that will see 11 permanent venues built, including the Aquatics Centre, the venue for Swimming, Diving and Synchronised Swimming competitions, and Ariake Arena, the Volleyball venue. The new venues will help regenerate this prime area – and deliver sports facilities that will serve residents in the very heart of the city for decades to come.

- Heritage Zone: Tokyo is demonstrating a strong commitment to its Olympic Legacy. Fifteen other venues, including several from the 1964 Games, will extend their legacy for another 50 years. Examples include the Kasumigaoka National Stadium, site of the Opening and Closing Ceremonies, Athletics, Football and Rugby, and Nippon Budokan, the birthplace of Judo set to host the competition again in 2020.

- Tokyo Vision 2020: The 2020 Games plan is fully aligned with Tokyo Metropolitan Government’s (TMG) long-term urban and environmental transformation plan that will turn the city into a showcase of urban sustainability. Tokyo Vision 2020 includes initiatives for green technology, transport and sport, especially for the younger generation, as part of meeting the city’s long-term development needs for new homes, offices, transport and green space. For example, regardless of whether Tokyo is selected as Host City, over the next eight years, 537 hectares of green areas and corridors will be created in the city.

Yesterday, Masato Mizuno, accompanied by Homare Sawa and Takayuki Suzuki, handed over the Candidature File to the International Olympic Committee in Lausanne. This was an important step in the run-up to the final vote in Buenos Aires, on 7 September 2013, that will decide the host city of the Games of the XXXII Olympiad and the XVI Paralympic Games in 2020.

This commentary accompanied the submission made by Madrid 2020 and is brought to you by New Millennium Business as published.  The election of the host city will take place on September 7 during the 125th IOC Session in Buenos Aires, Argentina. Tokyo’s presentation was led by Tsunekazu Takeda, IOC member and president of both the Japanese Olympic Committee (JOC) and Tokyo 2020, Olympic football legend Homare Sawa and Paralympic swimming champion Takayuki Suzuki. The bid committee said Tokyo’s candidature file details the Japanese capital’s “unique plan” for hosting the Olympic and Paralympic Games, explaining how the Games will help “reinforce and renew” the Olympic values for a new generation.