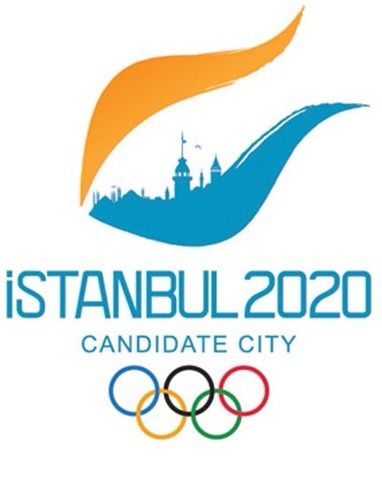 Istanbul; 8 January 2013: Istanbul 2020 today unveiled its pioneering offer to the Olympic Movement: a technically outstanding Olympic and Paralympic Games delivered against the incomparable backdrop of Istanbul, with a promise of a profound legacy impact for Turkey and the whole Olympic Movement.

The three pillars of Istanbul 2020’s Games concept are:

Istanbul’s bid for the 2020 Olympic and Paralympic Games is the latest phase of a journey in Turkey that began with the Olympic Law in 1992 and has encompassed five bids in the last two decades. Istanbul’s 2020 Games vision is aligned perfectly to The 2023 Master Plan: Turkey’s ambitious long-term development programme culminating in the centenary of the Republic in 2023.

The Istanbul 2020 Games would be hosted across four zones of the city, each with a compelling sustainability theme, comprising seven clusters and five precincts. Of the 36 proposed venues, ten are already planned to meet pressing community and elite training requirements. A further 11 are already in place and regularly hosting top-class sport. Five of the venues will be temporary and fully demountable and ten more additional permanent venues will be constructed, driven by legacy and sustainability objectives.

The infrastructure necessary to support these Games of outstanding excellence comes from Istanbul’s Games vision, which is more closely connected to municipal and national development objectives than any other bid in history. As a result, many of the delivery frameworks and partners that will be responsible for realising that vision are already in place, activated and producing tangible results.

TOKI, the existing National Government agency responsible for construction, has been delivering 15,000 new houses – the equivalent of an Olympic Village – every quarter for the last eight years. Istanbul has seen a $1.2 billion average annual spend on transport upgrades since 2005, and the city’s most significant infrastructure projects – including new extended Metro and rail lines,  Bosphorus crossings and the first phase of what will become the world’s largest airport – are all scheduled for completion before 2018. This wide-ranging investment will allow Istanbul to offer athletes average travel times from the Olympic City Village to venue of just 16 minutes.

Turkey’s National Sports Plan has catalysed a similar boom in the sports industry. $1.77 billion will be invested in 415 sports facilities and 24 new stadia nationwide by 2014. As the 2012 European Capital of Sport, Istanbul hosted 12 major international sporting events, which have cemented Istanbul’s position as a trusted, capable host of world sport’s top properties. The WTA Championships posted record aggregate and average attendances and a $40 million economic impact for the city; the IAAF World Indoor Championships was a sell-out and produced Turkey’s first ever indoor athletics medals; the FINA World Championships brought 900-plus athletes from 160 National Federations to Europe’s largest multipurpose indoor arena.  Istanbul 2020 has been able to draw on the growing pool of event expertise in Turkey to produce a concept that will create the ideal conditions for elite athletic performance.

The unprecedented level of delivery capacity already in place is underpinned by one of the most fertile financial markets on the planet. Last year’s sovereign credit rating upgrade to Investment Grade is expected to trigger an inflow of up to $32 billion in the next two years. Experts predict that Turkey will be the fastest-growing OECD economy from 2011-2017 and Istanbul’s economy alone is now larger than that of 12 countries in the European Union.

This financial foundation, combined with a real appetite for investment and development, has empowered the Bid Committee’s government stakeholders – from the Prime Minister through every level of national, regional and municipal government – to provide all the requisite financial guarantees without qualification. Istanbul 2020 has even made provision for an Innovation Fund to be directed at specific initiatives to help enhance key aspects of Games delivery.

Istanbul 2020 will be the first Olympic and Paralympic Games ever staged in the secular democracy of Turkey, or indeed the region. As such, it will connect the Olympic Movement with a new and rapidly developing market for the first time in its history: a market which in Turkey alone contains a dynamic youth population of 50% under-25s and 20 million under the age of 20. The Games will channel all the energy and passion of the region into a single unforgettable celebration of sport.

Istanbul 2020 will also be the first Olympic and Paralympic Games in history to take place across two continents simultaneously. In doing so, it will embody the shared role of the city and the Games as a unifying force. Hosting the Games will be the crowning achievement of a city that has been a physical and philosophical meeting point for millennia, and has evolved into one of the world’s most symbolically powerful and geopolitically significant theatres.

Istanbul is one of the most iconic cities on the planet, where tradition meets innovation and the ancient meets the ultra-modern.  It has been a city of inspiration for thousands of years and a ten-year 200% tourism boom has seen it climb to the world’s fifth most visited city, with 11.6 million visitors annually. Istanbul will offer a suitably cinematic backdrop to moments of Olympic history with a Games activated across the entire city, the stunning Bosphorus strait at its heart. In this way, Istanbul 2020’s world-class technical offering will be delivered with a unique flavour of Istanbul.

Hosting the Olympic and Paralympic Games for the first time ever will be the defining achievement in the Turkish Republic’s 100-year history, driving profound positive change through the unique power of the Games.

• Ten new and five significantly upgraded sports venues that will serve the nation and the Olympic Movement as regional hubs of sporting excellence.

• Greater provision for elite Olympic and Paralympic sport in Turkey than ever before and a new body of state-of-the-art venues in the sports world’s inventory.

• A nation empowered to realise its enormous sporting potential and translate the population’s passion into long-term success.

• Fresh opportunities for the region’s young people in an environment where innovation and young entrepreneurism can thrive: a generation of connected global citizens and young leaders in sport, business, the media and politics.

• An enhanced global status as a must-see tourist destination, a flourishing international business centre, and, increasingly, a world-class sports hub.

• A global audience captivated, an Olympic brand fully energised and the ultimate ROI for broadcasters and sponsors through an unprecedented wealth of cinematic moments.

• The start of a new chapter in the story of one of the oldest civilisations in the world.

• A world inspired by a celebration of unity in diversity; a more harmonious international community.

“This is a new bid for a new Turkey. We are ready to offer the IOC a rare combination: tried and tested delivery structures, but in a fresh market rich in potential. We have developed a technical solution that will meet the very highest standards of the Olympic Movement and placed it against a backdrop that no city in the world can match, and we are delighted to be sharing it with the Olympic family. This is our fifth bid and it has arrived at the perfect moment for Istanbul, for Turkey and, we believe, for the Olympic Movement. Now is the time for Istanbul 2020.”

Ugur Erdener, IOC member and President of the Turkish NOC:

“First and foremost, our focus has been on delivering conditions that can help Olympians and Paralympians reach their full potential. This Candidature File defines a compact, convenient and compelling technical concept that will guarantee athletes the best possible chance for personal best performances. We would like to thank the IOC for their invaluable feedback so far, and for the opportunity to share our vision for the most important sporting event in the world. This time, Istanbul is ready to create the perfect stage for the greatest show on Earth.”

Alternatively, find us online at www.istanbul2020.com.tr

This commentary accompanied the submission made by Madrid 2020 and is brought to you by New Millennium Business as published.  The election of the host city will take place on September 7 during the 125th IOC Session in Buenos Aires, Argentina. The Mayor of Istanbul, Kadir Topbaş; leader of the Istanbul 2020 Bid Committee, Hasan Arat; and IOC member and president of the Turkish National Olympic Committee (NOC), Uğur Erdener, delivered the city’s vision for Turkey’s first ever Olympic and Paralympic Games at its fifth bidding attempt.